Depending on whether you’re a glass half full or glass empty kinda person, the news that there are only 90 days until There are only 90 days until Christmas and this news will either fill you with joy or complete and utter panic. While we can’t ease your load with the gifting or organisational side of things, we can definitely help you get sorted on the drinks. Or more specifically, we know a man who can.

As a Senior Whisky Specialist at Edrington UK with more than 30 years in the industry under his belt, David Miles is no slouch when it comes to knowing what and how we drink. Particularly during the festive season. “People are looking for more of a treat at this time,” he tells us. “So, they’re prepared to trade up from their usual.”

The social side of things plays a pivotal role here too, David confirms. “We tend to find ourselves in slightly unusual situations – having a digestif after lunch, for instance, or visiting new bars that offer a different experience. The season of goodwill also leads to people being offered drinks that they might not have typically chosen themselves.” That’s not to say that it’s a time for being irresponsible. Far from it. “Even with it being the party season, people are drinking more responsibly,” he continues. “This often manifests in them drinking less than previously – but” and here’s the important thing, “they’re drinking better quality products. Having one really good whisky or cognac after a meal rather than just drinking for the sake of it.”

The theme continues in the way we celebrate the festivities at home. “As we’ve seen, people tend to switch to more premium spirits when shopping at Christmas, so again, the opportunity for drinking less but better at home is becoming more prevalent,” David says. “Also, the rise in the cocktails at home culture, both in pre-mixed cocktails and people being more prepared to make their own cocktails, will keep growing.”

With that in mind, what should we be stocking our obligatory bar carts with in the lead up to the Christmas season? “Malts will be popular at Christmas, and cognac too,” says David. “A good rum is another wonderful, warming wintry drink that mixes really well.”

And what to do with them? “If you buy a bottle of cognac (or rum) for flaming a Christmas pudding, why not change the thinking slightly – either by trading up from own brand to Courvoisier for instance, or from a bottle of VS to VSOP?” he advises. “Think about buying it for a Christmas cocktail, with just a splash going on the pudding.” We like his thinking. And we love the two cocktails he suggests that everyone should have on their Santa season list. One is the Christmas Day morning classic, the Champagne Cocktail; the other is a deliciously decadent, decidedly comforting Old Fashioned, featuring rum as the star of the glass. See recipes below.

Shake first three ingredients together over ice. Serve in a Port/Tulip glass, float double cream on top and and garnish with grated nutmeg.

Build ingredients in a Highball glass over ice. Garnish with a slice of juicy blood orange.

Get the ice in:

Clear some space in your freezer and stock up on bags of ice. Don’t rely on these little plastic trays – you’ll be doing enough last minute panicking without having to stress out on the drinks.

Up your garnish game:

Garnishes are a great way to get creative and the good news is, it doesn’t have to be super complicated or fancy. Try something as simple as using a sprig of rosemary in a festive G&T. You can also dehydrate lemon and orange slices by spreading them on a baking tray, and placing in the oven on a very low temperature for a few hours. If you can soak them in some lemon juice and water first, this will help preserve their colour and taste.

Switching up from plain old simple syrup to the quintessential tastes we equate with the festive season is a great way to bring some festive cheer into your glass. Gingerbread, cinnamon, amaretto, and chestnut are among the many pre-mixed syrups available, ready for your mixing pleasure at monin.com. Add them to cocktails such as to the Old Fashioned to add some festive cheer to your cocktail. 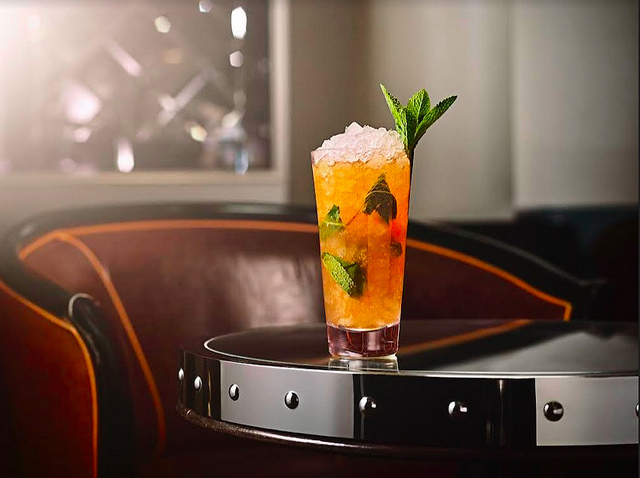 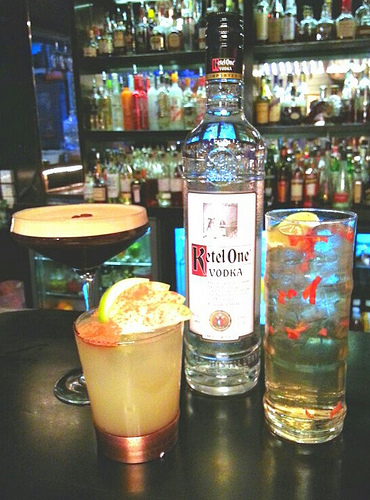