We always enjoy an excuse to talk James Bond and his drinking habits, so we warmly welcome the arrival of Carte Blanche, the latest in the series of ‘new’ Bond novels, this time penned by best-selling American thriller writer Jeffery Deaver.

We like the fact that at its launch earlier this week at St. Pancras International Mr Deaver arrived in a special red Bentley Continental GT. We also like the fact he was joined by a black leather-clad Bond girl as Royal Marine Commandos abseiled from the rafters. But we especially liked the fact that he pulled up at the iconic Champagne Bar. Yes, wherever there is Bond there is quality imbibing.

Mention the name James Bond to almost anyone and whether they’re fans or not, they will almost certainly be able to come out with two quotes. One is ‘The name’s Bond, James Bond’. The other would run along the lines of: ‘I’ll have a Martini, shaken not stirred’. As we welcome Bond back in Carte Blanche it would be rude not to say a few words on the subject of the man and his Martini.

Like 007, we love the occasional Vesper Martini and as we’re all heart, we want to share a little bit of that cocktail love. So if you fancy mixing one up at home, let’s hear from the man himself as he puts in his order in the very first Bond novel Casino Royale back in 1953. “Three measures of Gordon’s, one of vodka, half a measure of Kina Lillet. Shake it well until it’s ice-cold, then add a large thin slice of lemon-peel”.

We would, however, add a couple of caveats. It’s as well not to use Gordon’s any longer. Since it dropped its alcohol percentage from 40% to 37.5% in 1992 it might lack the punch for which Bond was looking. A good substitute would be Tanqueray. Also Kina Lillet has now been replaced by Lillet Blanc which is less bitter, so a dash of Angostura is a good idea. And while it might not be considered good form to shake this drink, we still do so out of due deference and respect. But for one word of warning on the subject, let’s return to the original book for a comment from Bond’s CIA comrade Felix Leiter who says, “Gosh, that’s certainly a drink”. We concur. It’s a great drink, but really, stick to one.

Well, sit down as we need to break something to you very gently. Bond’s favourite drink was not the famous Martini. It was actually Champagne (appropriate then that the action for the book launch took place at The Champagne Bar), closely followed by bourbon, Scotch then the Vodka Martini. Moreover, he only ever drank the famous Vesper Martini in the original books…once. However, before you go worrying that maybe he wasn’t as tough as you thought, he did drink brandy, rum, red wine, white wine, sake, raki, ouzo, port, beer, not to mention, much closer to our hearts, Americanos, Old Fashioneds, along with the occasional Mint Julep, Mojito and Negroni.

So what is our man getting to grips with drinks-wise in Carte Blanch? Apparently it’s a mixture of two measures Crown Royal Canadian Whisky, half a measure triple sec, 2 dashes Angostura Bitters, served on ice with an orange twist. And if you fancy having one in style, why not head down to The American Bar at The Savoy, a favourite of Bond and his creator Ian Flemming, where the equally iconic Erik Lorincz is mixing up the Carte Blanch cocktail.

We’ll be mixing one or two up ourselves at Cocktail Towers – we might even stretch to a Vesper Martini as we pick up our copy of Carte Blanch and say “Ah, Mr Bond, we’ve been expecting you”. 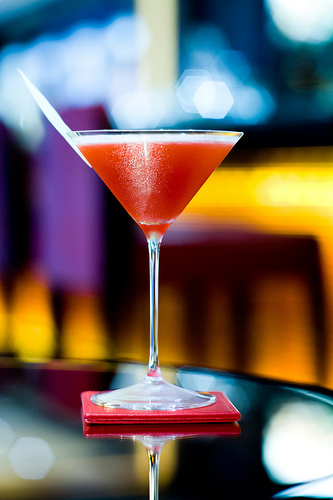 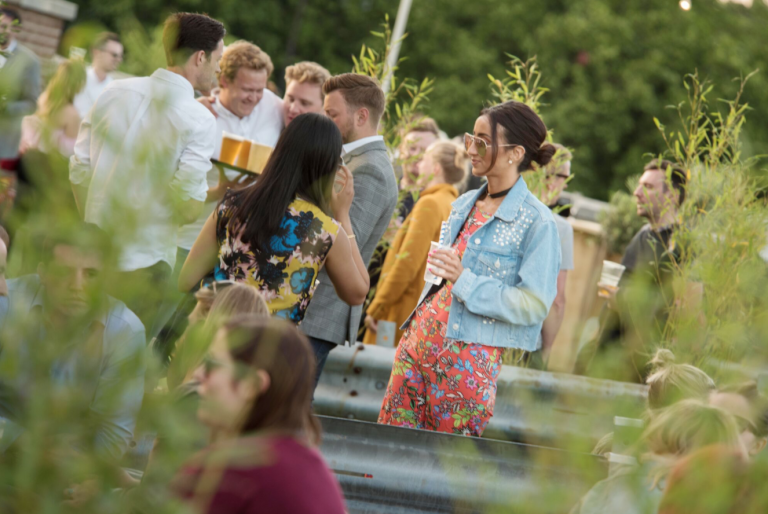 May Cocktail Goings On 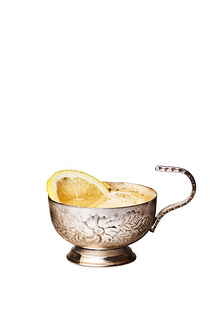 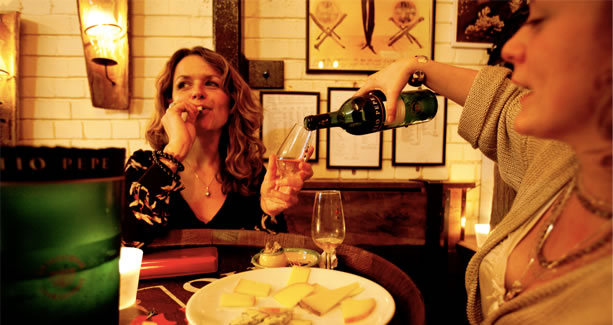 How to choose sherry