Whether sunning yourself down Mexico way with a special menu in Mayfair, hopping over to the French countryside by way of Bloomsbury, soaking up the culture of the Proms in boozy form (the best way, quite frankly), or getting stuck into cricket season via some gin-based cocktails – we have all the best things to check out in London this month. 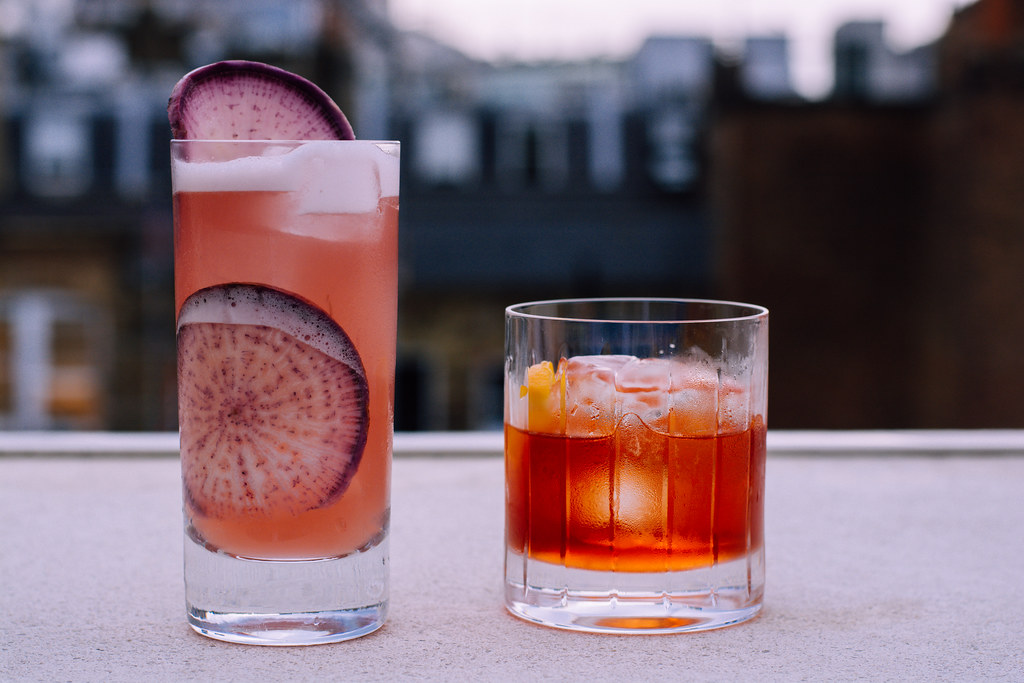 For this 10-day pop-up the award-winning Dante crew are offering up 25 cocktails running across three menus: The Negroni Sessions, Martini Hour and Summer of Spritz (all highly recommended btw). The setting is rather special too – if there’s a more relaxed, elegant and stunning rooftop in the middle of London than the one at Ham Yard Hotel we’d like to know about it.

The Martinis are aces, as are any of the six Negronis, ditto the summery, fresh spritzes but if you really want to elevate the experience, book up for the Dante Rooftop Brunch this weekend – think smoked salmon, dill mascarpone and cucumber pickle on toasted walnut and honey bread, or grilled focaccia with San Daniele, grilled white peach and arugula. Go on, you know you want to!

Tickets £20 including exclusive access to the roof terrace and a welcome cocktail; tickets for Dante Rooftop Brunch, £38 including brunch and welcome drink. Book your spot at DesignMyNight 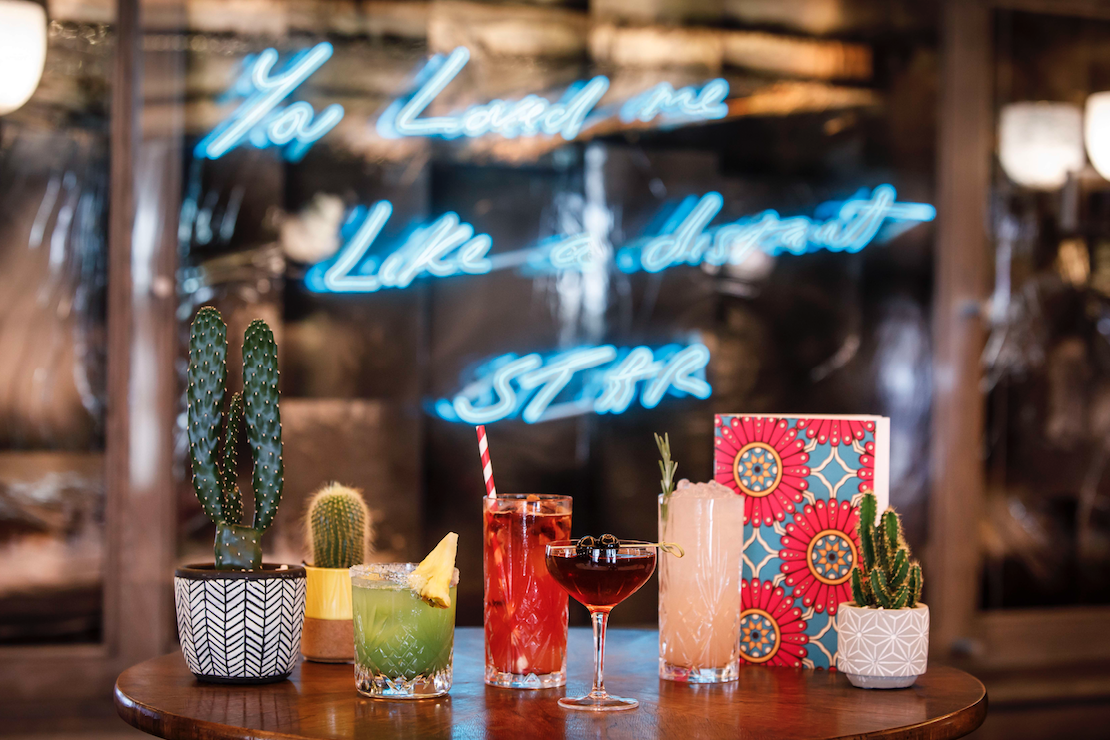 Pack your suitcases, you’re going on your hols! Well, where your tastebuds are concerned, anyway. Prepare for all the vibrant flavours of Mexico City to arrive in London town this August, as on Monday 6th August, 34 Mayfair will become 34 Mexico. They’re getting a little visit from Licoreria Limantour (awarded the 14th Best Bar in the World 2017), who will be taking over their private dining room over five consecutive nights from 5pm – 11:48pm, running for a total of 34 hours.

The menu has been created by Adriana Ruiz, Licoreria Limantour‘s acclaimed bartender and features a selection of 10 stunning cocktails including the fiery Ascuas and botanical Mr Pink. The concoctions sing with Mexico City’s distinct flavours which include pink grapefruit, Angostura aromatic bitters, smoked pineapple and lime – we can’t wait for this one! 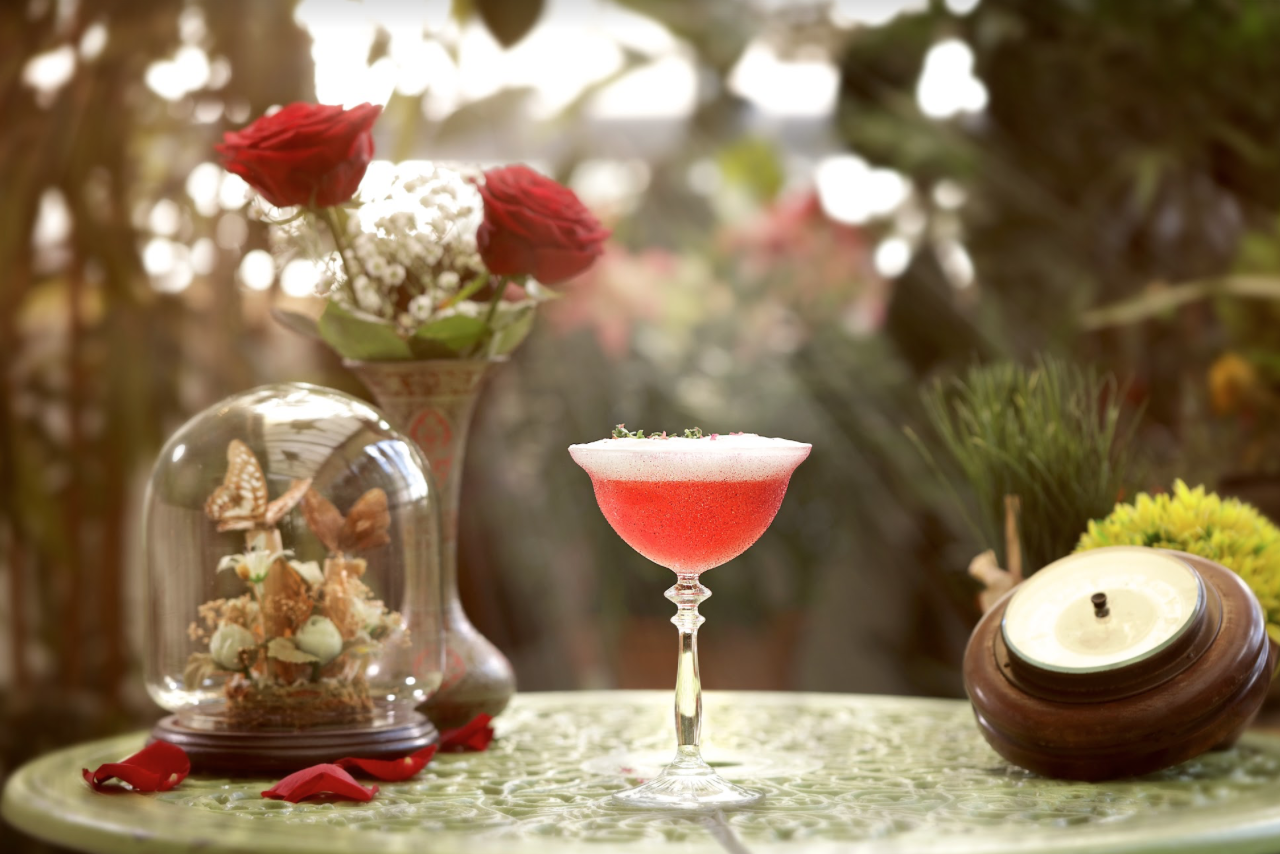 It’s finally here – the fourth instalment in the acclaimed Mr Fogg’s series of bars and taverns has opened in Fitzrovia. Mr Fogg‘s House of Botanicals will take guests on a sensory journey to an enchanted land of plants, herbs and spices that intrepid traveller, Phileas Fogg has brought back from his Around the World in 80 Days voyage.

Expect the drooping fronds of ferns, antique birdcages, and exotic flowers adding a sense of horticultural mystique, while cocktails are listed in ‘The Secret Language of Flowers Menu’. We love the sound of the Flight of the Hummingbird, which blends rum, Aperol, raspberry, spiced pineapple, and egg white. 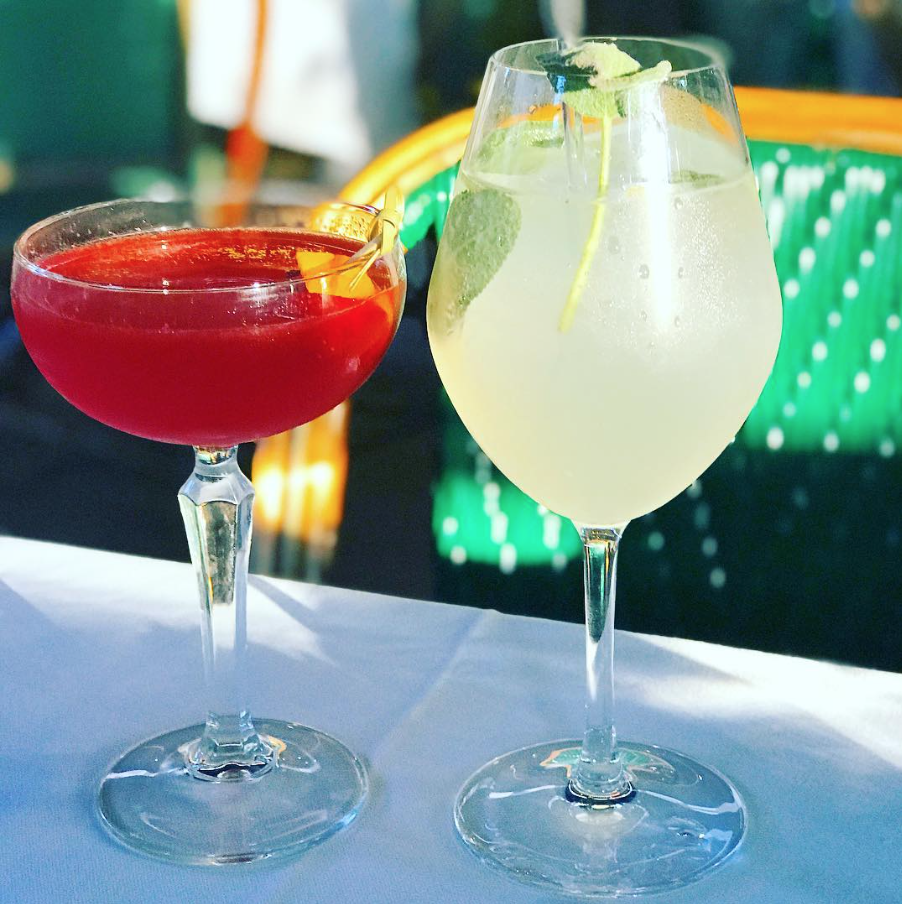 In celebration of the BBC Proms, The Ivy Kensington Brasserie has created two bespoke cocktails and a pre-Proms menu that can be enjoyed on the recently updated terrace for those looking for a spot of al-fresco drinking and dining this summer. Even if you’re not actually experiencing any of the music, you can still feel involved with the performances by sipping on either the Strawberry Symphony or the Classical Lady.

What’s more, London-based British designer Josh Bristol has created some wonderfully whimsical bunting alongside a BBC Proms inspired flower wall which will cover the façade of the restaurant – Instagrams at the ready! 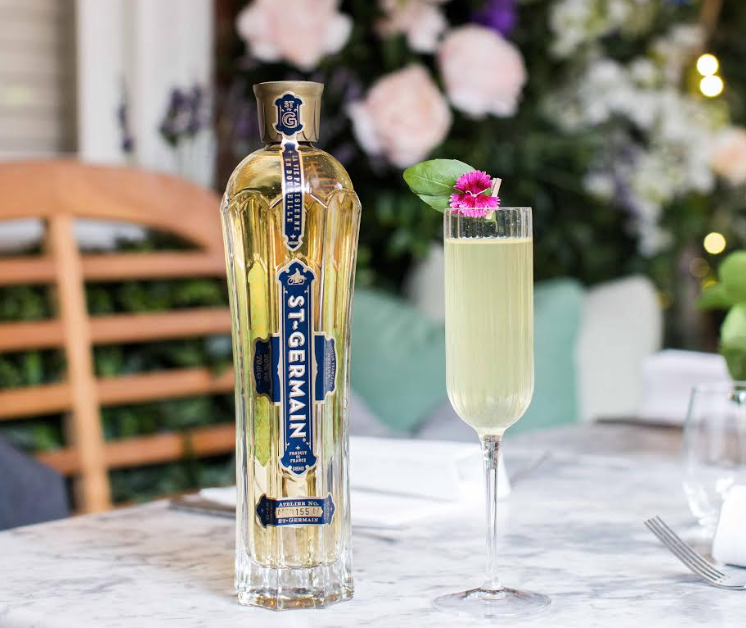 Who doesn’t love the idea of whizzing over to the French countryside to lie among the blooms of the hotter climates?! Let’s go! Oh what’s that… we have no holiday days left? Dang! In which case, stow your passport for now and instead rock along to the Bloomsbury Hotel, where everyone’s favourite al fresco terrace has been transformed with the season into the idyllic surroundings of the picturesque countryside in the south of France, with a cascading canopy of over 1,000 dried flowers. What’s more, they’ve collaborated with St-Germain, the French elderflower liqueur, to bring a special limited edition menu. 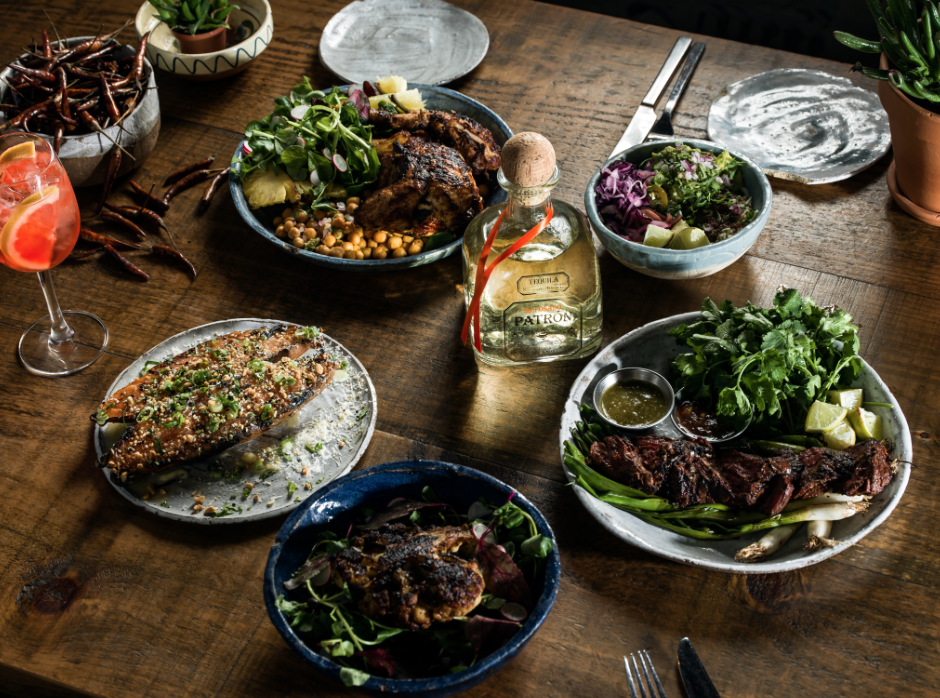 Forget the days when festivals involved a tin of beans eaten direct from the can – now it’s all about glamping and gastronomy. And nowhere does this better than The Big Feastival (the clue is in the name), where artists and chefs are given equal footing on the bill. We’ll be heading to the Mexican collaboration of the summer: Patrón the Summer x Breddos Tacos Feasts which brings together the authentic flavours of Mexico.

Each day from 7pm, festival-goers will be treated to the refreshing taste of Patrón Tequila summer cocktails, perfectly paired with the Mexican culinary delights straight from the Breddos Tacos’ BBQ. For those who aren’t able to make the feast, The Patrón Tequila airstream will also be hosting Margarita masterclasses during the festival. 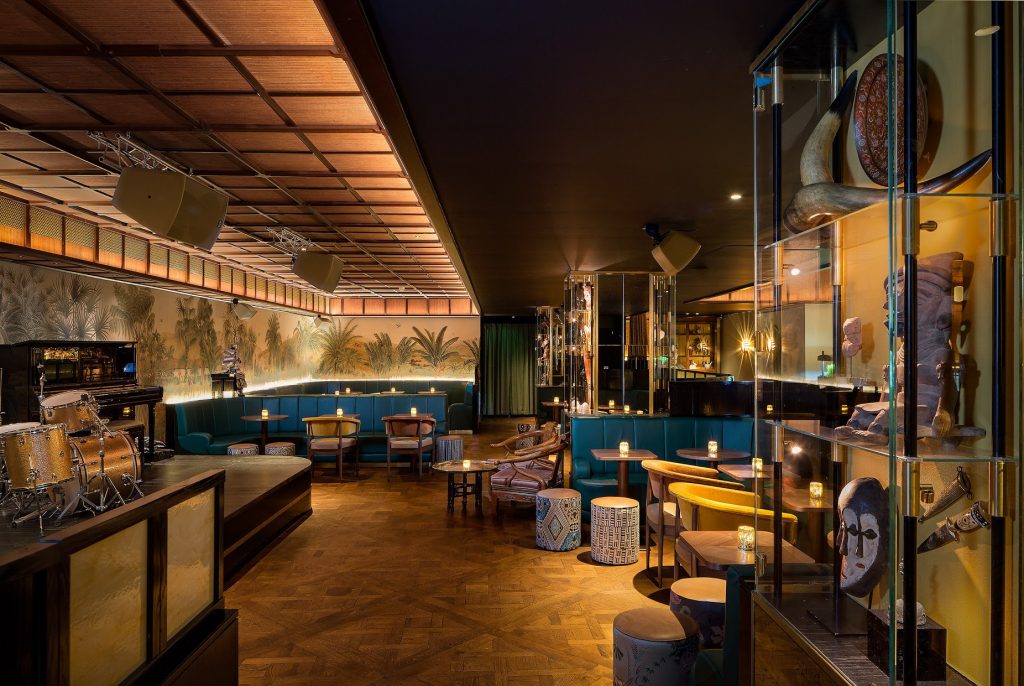 Sipping on gin, listening to jazz…. my, when did we become so cultured? The answer is… on the 13th August, when acclaimed Smithfield Market bar Oriole host a gintastic masterclass in partnership with Fords Gin and a live performance from renowned jazz musician, Tim Penn.

Guests will be taken on a journey though the history of gin, charting its rise, fall and re-emergence through a gin-based cocktail tasting experience, and from 9pm, there’ll also be free live music from Tim Penn on piano, a renowned jazz musician whose influences and repertoire range from the old blues songs of the 1920s through to 60s soul jazz.

13th August.
Tickets are £15, which include a Fords Gin welcome punch on arrival, all tasting cocktails and an Oriole cocktail to finish. 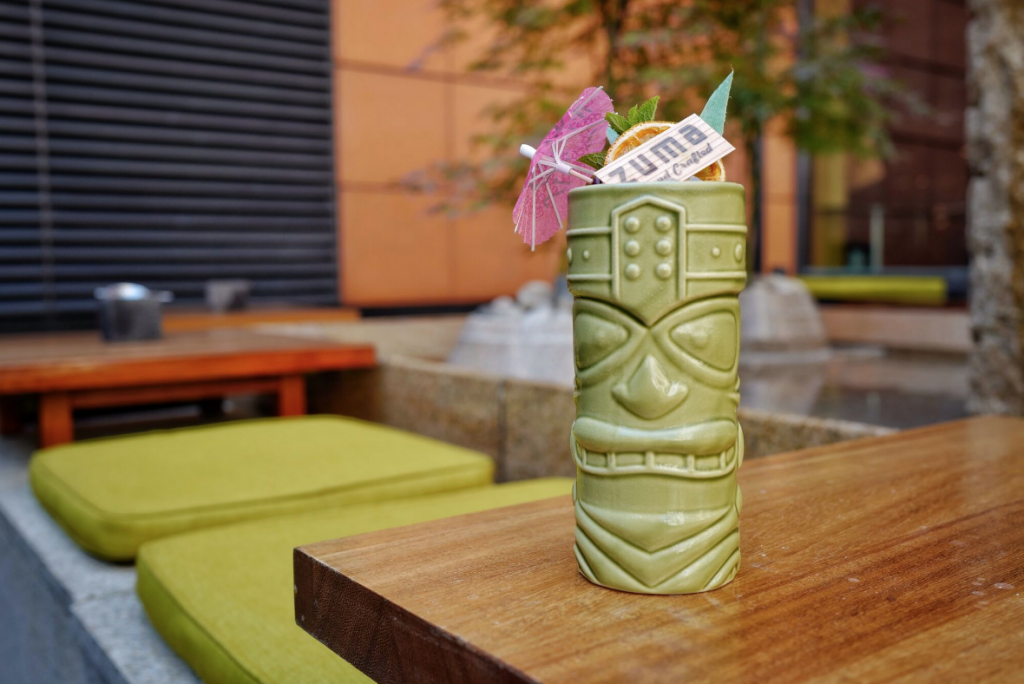 Japan and the Caribbean – two highly sought after holiday destinations, with a high price on plane tickets to match. Not got the budget to book flights? Just head to Zuma, which has an exciting new Tiki-Yaki cocktail menu, blending the best of Japan and the Caribbean for the summer. They’ve teamed up with Plantation Rum to create seven bespoke new cocktails, including a coconut-y Koko-Korada, a fruity Banana and Black Sesame Daiquiri, and a refreshing Tokashiki Rum Punch. Tantalisingly tropical! 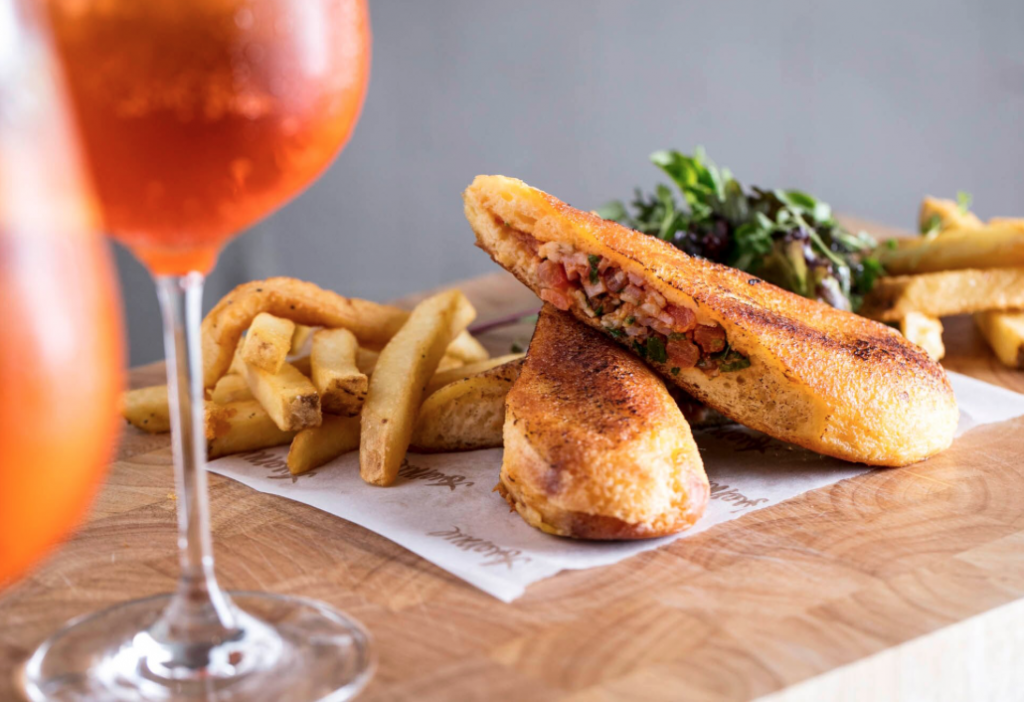 Sunday brunches – they’re all about relaxation, indulgence and now, Aperol Spritzes. Avenue Restaurant & Bar is bringing the all-American brunch to the heart of London’s St. James with dishes such as buttermilk pancakes, Mac ‘n’ Cheese, and of course, bottomless quantities of this summertime staple. So sit back, soak up the weekend and enjoy a drop (or two) of sunshine in a glass, aka Aperol Spritz. And juts like that, Sundays got a whole lot happier.

Bottomless Spritzes on Sundays are priced at an additional £18. avenue-restaurant.co.uk 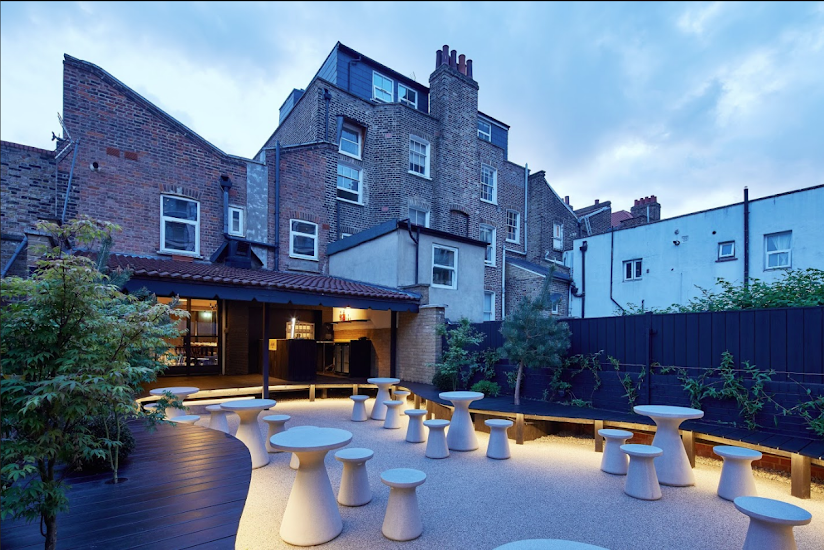 Untitled x Rio Cinema summer screenings kick off at Untitled’s Moon Garden next month with yakitori skewers from the open charcoal grill (with vegan options for all those going meat-free) and ice-cold Asahi Super Dry beer on tap. Guests will then head over to Rio Cinema for the film screening – with a cocktail created by Tony Conigliaro and his team at Drink Factory thrown in for good measure. Tickets are £20 per person and include one plate of yakitori skewers and an Asahi Super Dry beer, as well as the screening and welcome cocktail.

Tickets to Untitled x Rio Cinema are £20 per person and include one plate of yakitori skewers and an Asahi Super Dry beer at Untitled, and then entrance to the movie and a welcome cocktail at the cinema.

Tickets are available now and can be booked in advance at untitled-bar.com/events. 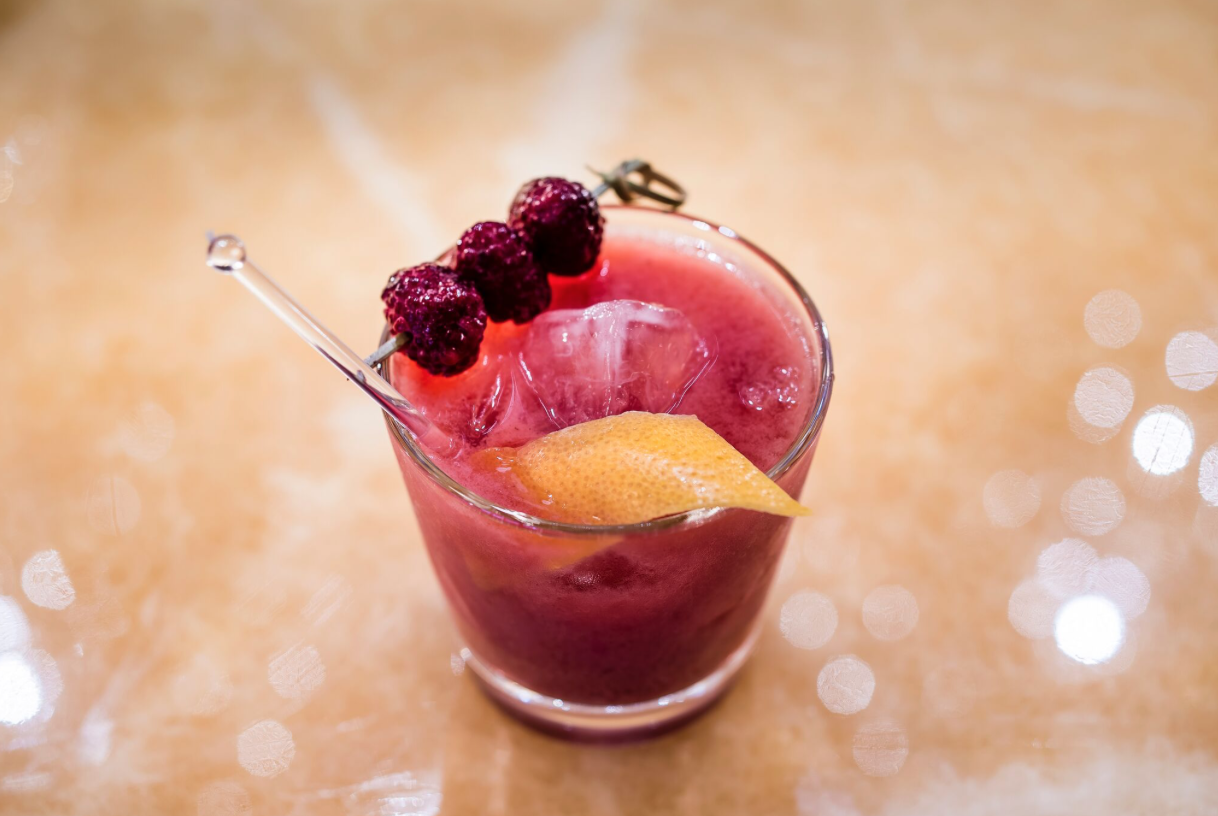 Football may not have come home, but that doesn’t mean the summer of sport has ended! Nicholson Gin (one of London’s original gin brands with notable ties to Lord’s Cricket Ground) have partnered with The Ivy St. John’s Wood for the cricket season and created four bespoke cocktails. These include the The Very Berry Bramble (above), inspired by the British countryside and incorporating Nicholson Gin, lemon juice, strawberry, raspberry, blueberry and banana, and The Nicholson 66, featuring Nicholson Gin, prosecco, and a hint of lemon juice and sugar. 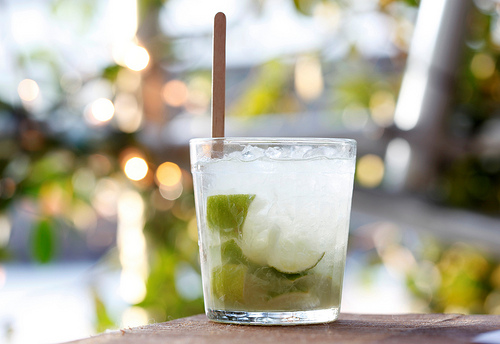 The heat is on – cool down with a refreshing caipirinha 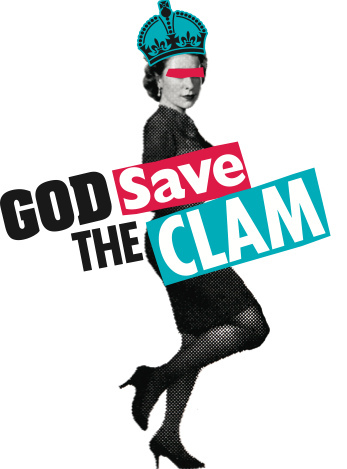 God Save The Clam! 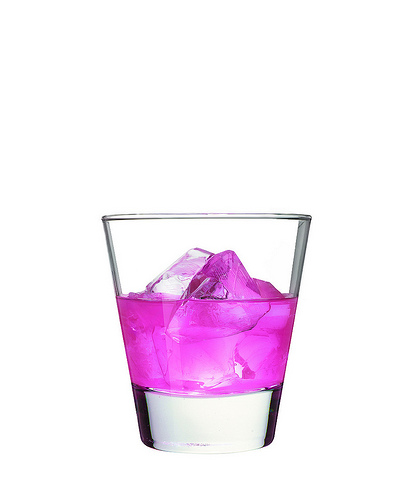 At the Drink Factory with Tony Conigliaro