In pursuit of excellence

Caffe Dante is like stepping out of high heels and sinking into a pair of comfy slippers. That’s largely down to Naren Young, Managing Partner and Head Bartender and the expertise he’s gained from a 20 year globe-spanning hospitality career. 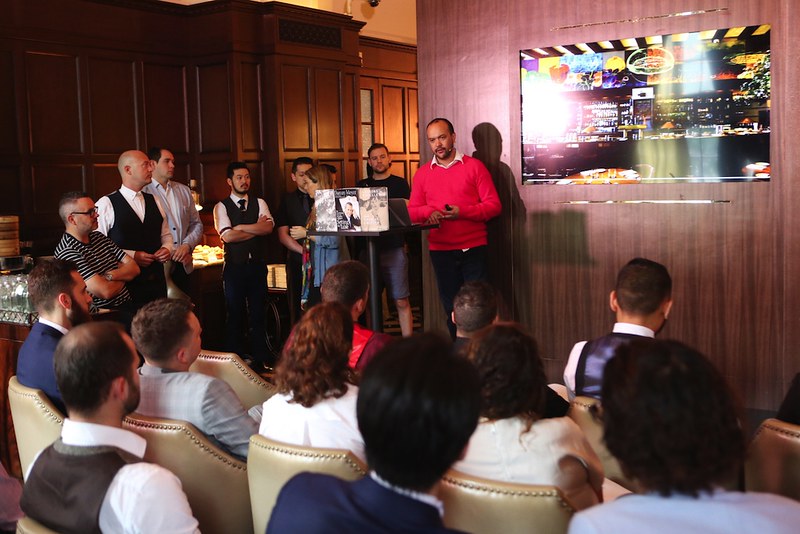 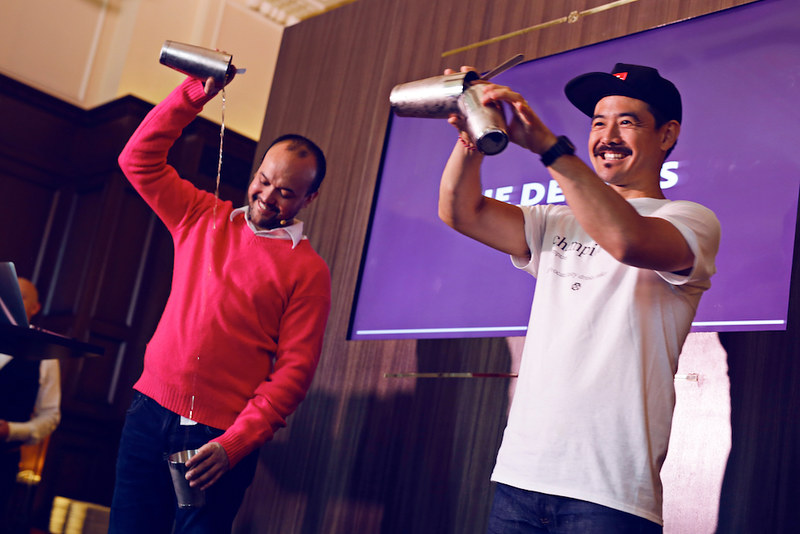 Naren’s session was about striving for excellence in the bar, you know, in that way that all the best hosts do, resulting in making the guest feel like they’re in a home from home. The main thread of his session involved getting the competitors to have pride in themselves and their profession, believing in their visions and breaking down the elements of what makes a good bar great.

Naren’s tips:
Be ambitious
Set goals and strive to achieve them
Know your audience
Think about who you admire and aim to be around them, try to work with them.
Read the books that inspire your peers
Understand who you are and be true ambassadors for your venues
Have an elevator pitch to describe the concept of your bar and the manifesto for your team
Ensure you have a house style for your bar
Recognise your staff’s strengths and weakness and train them accordingly and consistently
Never cut corners
Elevate the simplest ideas

Over to the bartenders, challenge four:

The last individual challenge highlighted the balance and beauty of classic whisky cocktails. The competitors had a list of 13 drinks to choose from, running from a Sour to a Morning Glory Fizz. That was the first part of the challenge. They then had to choose between going for Speed, in which case they had to make three cocktails – one shaken, one stirred, one built in five minutes. If they went for this option, they could focus solely on creating three perfectly balanced drinks – no spiel required. If on the other hand they plumped for the Storytelling option, they had to make one drink but had to use the allocated five minutes to engage the judges with their patter. 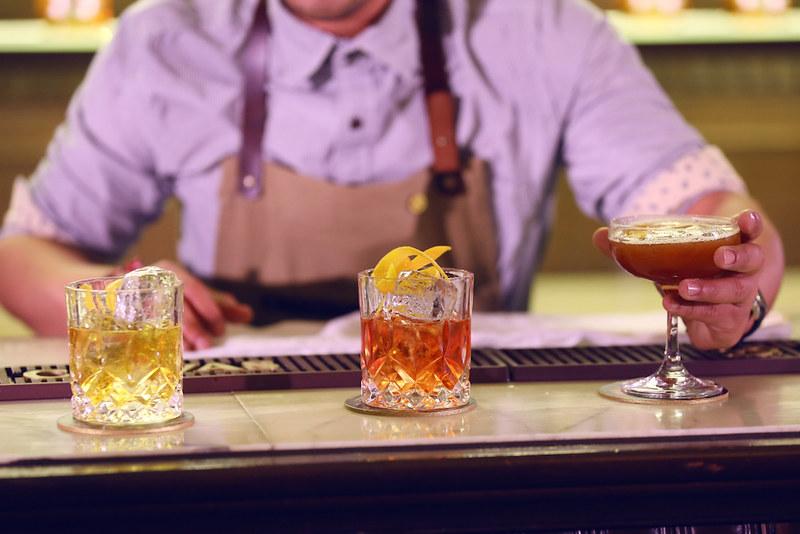 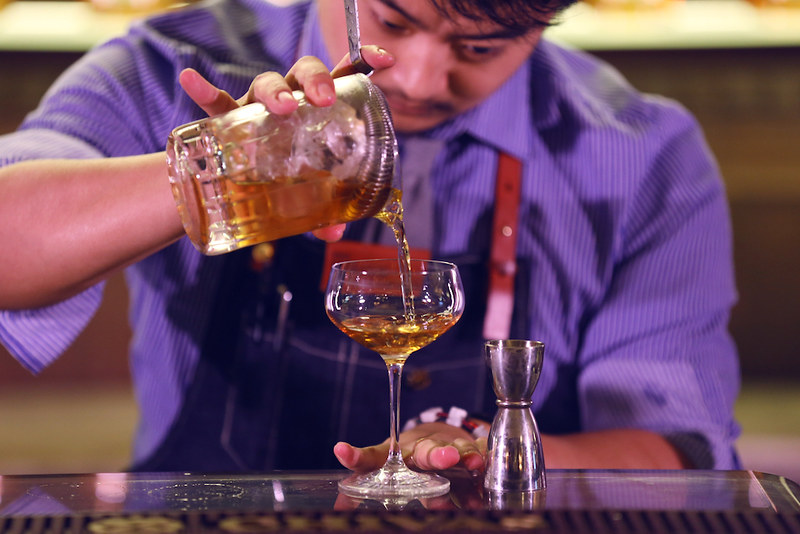 Stanislaw, Tomas, Ben, Johan, Mor, Aurelie and Chelsie went for Storytelling, whereas Yao, Santiago, Stefanos, Reynier, Alejandro, Lam, Lukas and Naoya went for speed. All looked perfectly at ease in this challenge and as a bonus, the drinks were pretty tasty too. Result!

First part over, the top three are announced

It made sense for Max Warner to lead the final talk of the competition, the past few days had seen his vision come to life. Everyone had their thoughts on whose names would be announced in the top three. Thanks to her consistency, chirpy, confident and engaging patter not to mention beautifully executed drinks, Chelsie Bailey was probably top of everyone’s list. And she didn’t disappoint. As for the other two places, they could have gone to a number of strong contenders but in the end it was Aurélie and Alejandro who joined Chelsie in the leading line up. 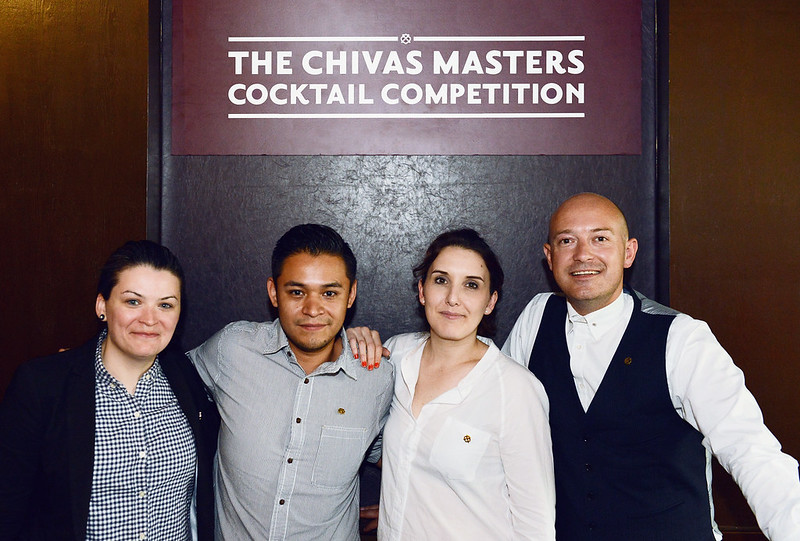 Ordinarily, this would have been where the competition ended. Trophies would be handed over, backs would have been patted, job done. But this year it was different. The next step was focused on how the appointed leaders would use the insights gained from the various masterclasses to create a winning team.

This part wasn’t entirely from scratch though. In truth, they’d been subliminally building the teams since day one. They’d had a chance to problem solve together during the Shanghai Experience and were encouraged to watch their fellow competitors as they performed each task throughout the past few days. Also, thanks to the batching skills of previous Chivas Masters winners, Josh and Masa, they even got to taste all of the signature (Local Way) drinks. Another nice touch, these samplers would help the teams choose another two drinks to place on their menus the following day.

Over to the bartenders, challenge five:

While the remaining 12 bartenders had a lesson making ice balls, under the tutelage of Masa and Josh, Chelsie, Alejandro and Aurélie were taken away to choose their teams. They were announced an hour or so later: Chelsie was joined by Yao, Johan, Mor and Naoya; Alejandro went for Tomas, Stanislaw, Santiago and Ben, while Aurélie picked out Stefanos, Reynier, Lam and Lukas. 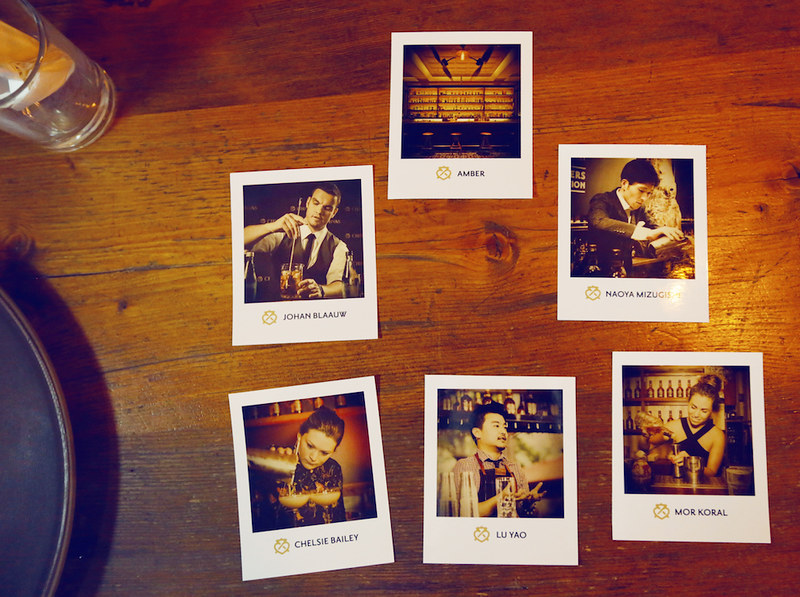 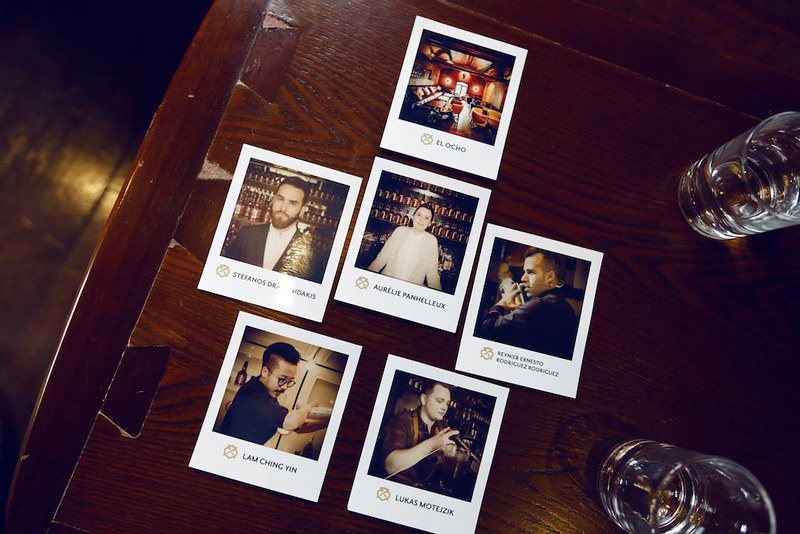 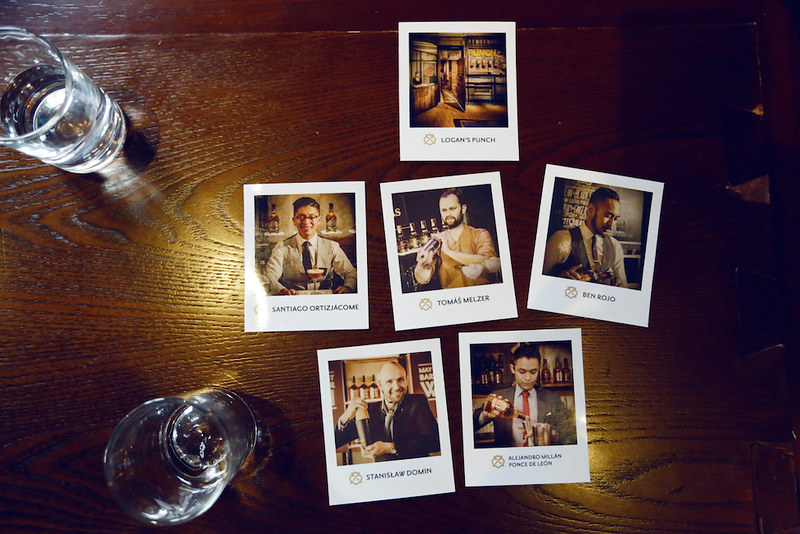 They then went it off to their bars  to conjure up a name and concept, as well as a signature drink. All of this had to be presented to the judges in the space of an hour. Which they all did very calmly and confidently despite the pressure. The rest of the evening (and no doubt early morning) was spent working out budgets, finalising every detail and planning for the massive task ahead. 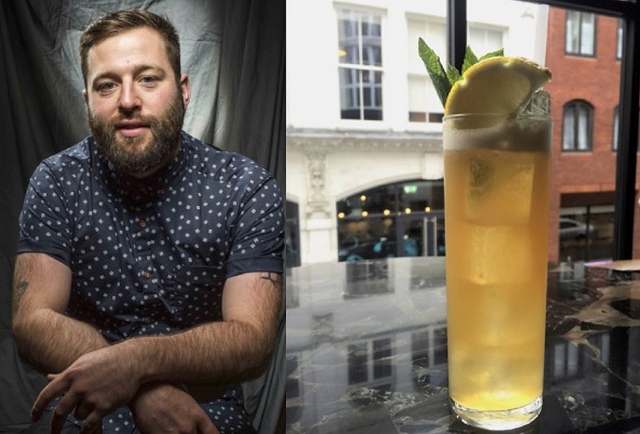 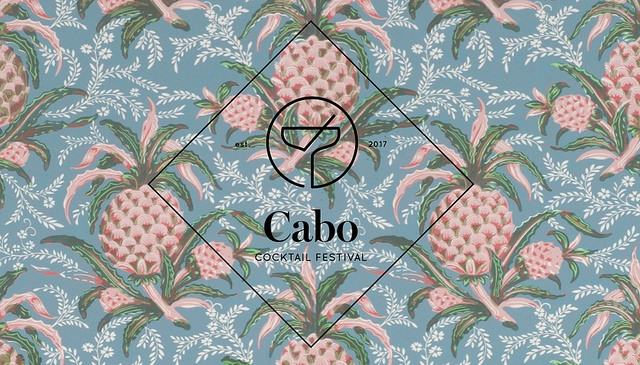 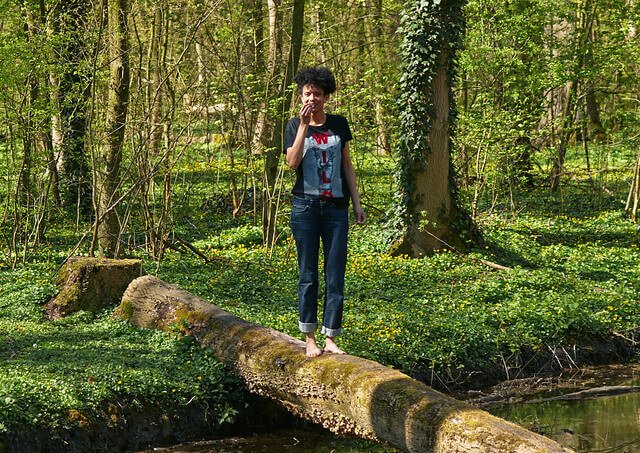 Give a dram about trees this Earth Day