Above: Anything Else by Lisa Molyavka, Belarus

In case you hadn’t heard, the BACARDÍ Legacy Global Cocktail Competition Final is taking place in San Francisco this year. Don’t hold it against us but if we’re being honest, we really, really want either Santiago Michelis, Oliver Pluck or Iain Griffiths to win. What’s that you say? We shouldn’t have favourites? Oh come on, it’s only natural that we’re a teensy bit biased, they’re the Three Most Promising from the UK.

We’ll find out which one of them makes it through on 15th March. That’s the date when they, along with 15 other exceptionally talented bartenders from six territories in Northern Europe, will hear if all the hard work, passion and downright wizardry they’ve invested in their Legacy cocktail and promotional campaigns has been enough to secure them a coveted ticket to the big gig on Sunday 24th April.

Meanwhile, there are plenty of anxious participants waiting to hear the very same thing everywhere from Australia to Uruguay. In total, there are 36 countries taking part in the competition this year, that’s two up from 2015.

Until all of the finalists have been announced over the next couple of weeks, here’s a reminder of the Three Most Promising UK drinks and the rationale behind them, plus three Legacy cocktails from around the globe (just to prove we’re not completely UK-centric). 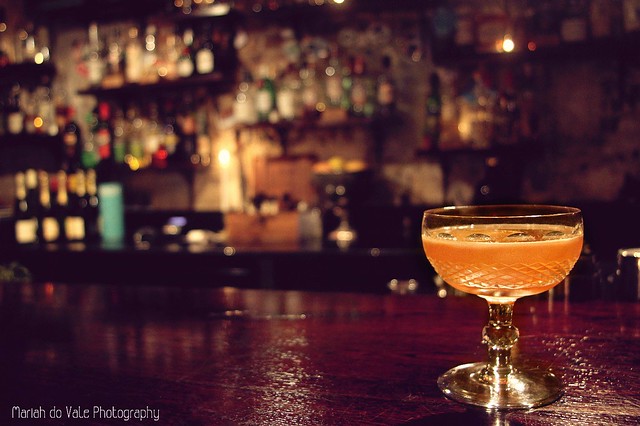 The Knot is a tribute to all of these stories.
Follow Santiago’s BACARDÍ Legacy story here 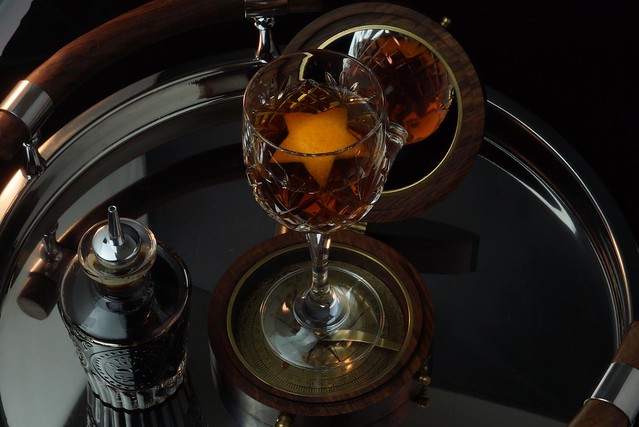 Knowing about the Bacardí dynasty and the story around the family’s Cuban heritage, I was so excited when I heard that Raul Castro and President Obama were in talks for peace and lifting the embargo. With John Kerry flying to Cuba to raise the flag in the US embassy for the first time in 54 years I thought ‘this is what it has all been about!’.

I called my drink ‘Amistat’ which means friendship in Spanish and this resembled what was happening in Cuba with America. Since Columbus first arrived on the island, people of Cuba have always fought for independence and I wanted my drink to tell the story. BACARDÍ Oro represents the company’s Cuban heritage with an Amontillado Sherry representing the Spanish rule. Woodford Reserve is a hat-tip to America with the friendship linked in to the Brown-Forman portfolio. Coffee liqueur represents the substantial coffee growth within the country now that sugar cane production has slipped considerably in the last 50 years. I use three dashes of Aztec Chocolate Bitters to add mocha tones to the cocktail, which balances out the drink beautifully. Finally, I lightly zest the drink with an orange in the shape of the five-point lone star from the Cuban and Puerto Rican flag symbolising both the revolution and BACARDÍ’s new home.
Follow Oliver’s BACARDÍ Legacy story here 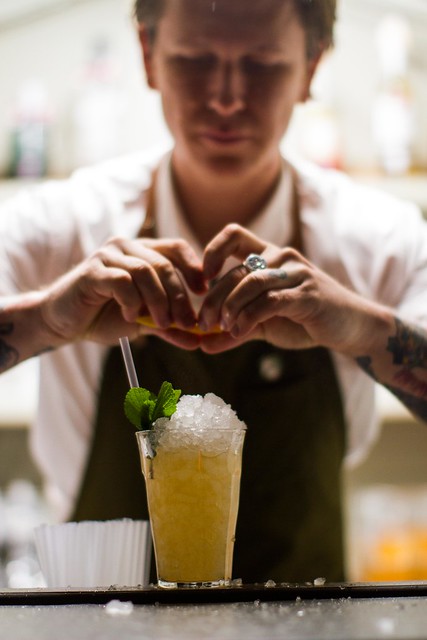 Whilst researching a drink I stumbled across a recipe for a Switchel. Once I started playing around with my own version of it, I realised I had a great story and a pretty tasty drink so I decided to throw my name into the ring.

The Carta Switchel is a long, fresh Highball with a little kick of vinegar at the back. It’s inspired by a recipe from the 17th century that sugarcane farmers used to drink for sustenance.
Follow Iain’s BACARDÍ Legacy story here

Method:
Build in a highball. Swizzle with crushed ice and garnish with a grapefruit twist. 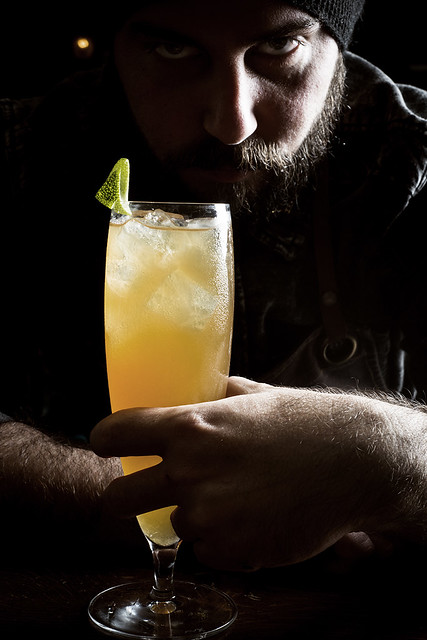 In order to become popular I knew my Legacy cocktail needed to be really simple so bartenders would want to try, serve and recommend it. I also knew it needed to be a drink that could easily be prepared in pubs, cafes and clubs, not just craft cocktail bars. In addition, as a bar owner I appreciate that cost and availability are hugely important – if the drink calls for expensive or obscure ingredients I don’t have any incentive to put it on a menu.

Taken all of that into consideration I set out to create a drink that was easy and fast to make, as well as being cheap to produce and made with ingredients that are available in every bar, all over the world.
For inspiration I turned to recent history and the warming of relations between Cuba and the US. This led me to think about making a twist on the Cuba Libre which is probably the drink that best symbolizes the relations between the two countries. But instead of Coke, I took the idea of a long, fresh, built in the glass drink and delved further into the history of Bacardí. The fact that they produced Hatuey, the most popular beer in Cuba and they delivered every case with a block of ice so it was always served cold, that brought ice and beer into the equation, and the Chelada into mind. In addition, I found out that Don Facundo’s wife’s grandmother Clara, was the financier of the original Bacardí distillery which made me think of the Spanish Clara (basically a shandy). And what better modifier than Bacardi’s sister brand, Martini? And so a drink was born.
#goloco
Follow Bar’s BACARDÍ Legacy story here

Method:
Build ingredients in a Collins or Pilsner glass over ice. Stir and garnish with a lemon peel. 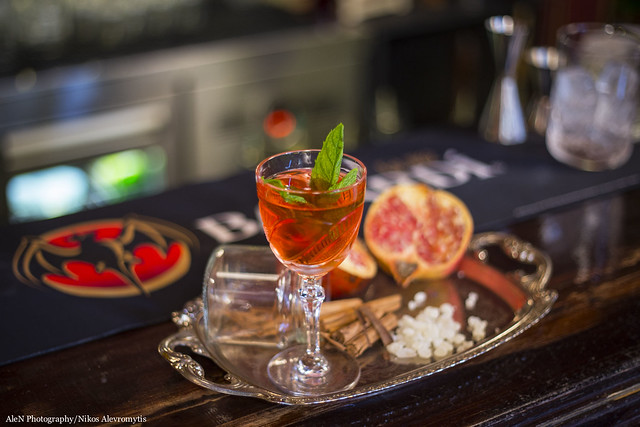 I was inspired by the ancient city of Smyrna and its catastrophe in 1922. My cocktail is dedicated to the Greeks who left behind memories and their loved ones.
Follow George’s BACARDÍ Legacy story here

Method:
Stir ingredients over ice and strain into a coupe glass. Garnish with a mint sprig or leaf. 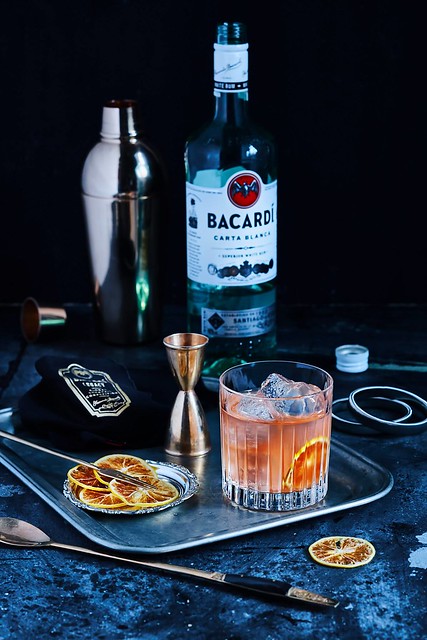 Legacy is not only what the dictionary says it is, as Enrique Comas mentioned last year ‘Something that is a part of your history or that remains from an earlier time’. Legacy especially Bacardi legacy is not only something tangible like a glass of a legendary drink or the cocktails which create the history right now, it’s that important something you cannot see, cannot hold in your arms, it’s something that remains behind the label that passed from fathers to sons carefully as a result of true passion and inspiration by an untamable spirit. The real ‘anything else’.

You cannot deny that the first things you pay attention to when entering the bar are the clever interior design, the shine of the bar-tools the perfection of customer service and how sophisticated the cocktails are which make the atmosphere welcoming and unique. But there is always this little ‘anything else’ that makes your stay so different and truly remarkable. This anything else is exactly what moves us, inspires us to create, believe in what we are doing, which is an integral part of ourselves.

Creating the Anything Elsecocktail I wanted to use the ingredient that weren’t used before but are somehow related to the Bacardi family. . So, as I mentioned, there is always this little Anything Else. In my case I discovered an amazing legend about Bacardi rum and Bacardi’s own beer – Hatuey. In the beginning of the 20th century when there were no ice-machines in Cuba and Bacardi had their own lakes in the North America where they took the cleanest crystal ice, every customer received an invaluable present: the ice block and six packs of Hatuey beer which was released back in 1914 in Santiago de Cuba – it was the bestselling Cuban beer. Thanks to those opportunities and talented sales pitch, people started to perceive Bacardi rum as a really prestigious, high-quality drink for the specific people who got used to receive the best.

There are a lot of speakeasies in the world and places where the wide variety of crafted beer is presented so I wanted to returm to the history, push the limits and propose a new view to the first Cuban rum coupled with IPA style beer.
Lisa has secured a place in the BACARDÍ Legacy Global Cocktail Competition. Follow her BACARDÍ Legacy story here

Want to get the lowdown on who’ll be putting them through their paces in San Francisco? Get your sunglasses on, it’s a dazzler of a list: 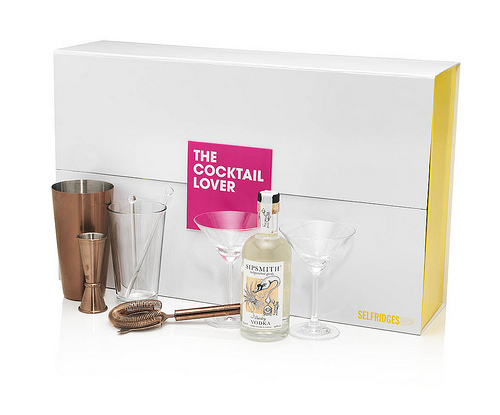 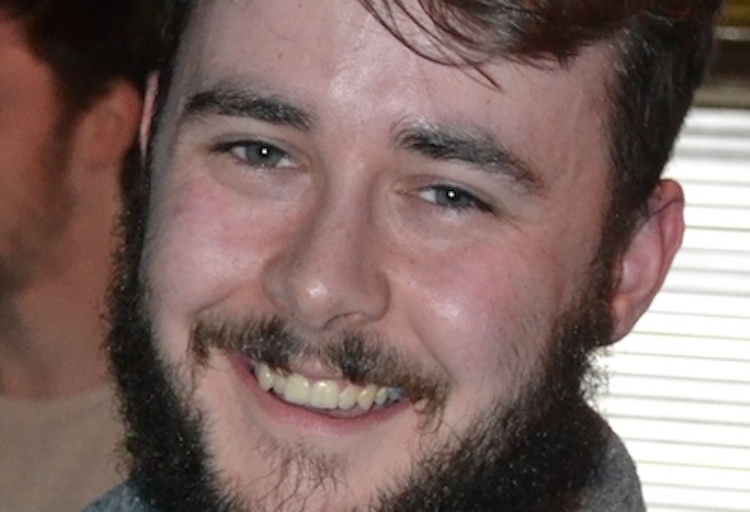 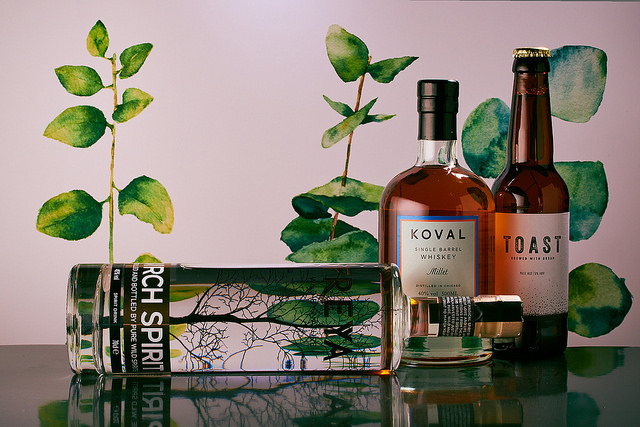 The Cocktail Lovers Magazine, issue 22: it’s all about Sustainability