It’s Movember, which means as well as growing a moustache and raising awareness and money for men’s health charities*, we get to shine a light on our favourite Moe, he of Two Schmucks in Barcelona.

For this month’s Desert Island Drinks he brings together Jägerbombs and Nas, plastic bottled vodka and Louis Armstrong, while he talks through the benefits of hard work, sleeping in the bar and how to have reckless fun whilst caring about what you’re doing.

Tell us about young Moe, what kind of teenager were you?

As a teenager I was a degenerate and a misfit, I believe it all stemmed from not belonging – not belonging in Sweden, not belonging behind a desk or in front of a laptop, not being able to sit still. I got into a lot of trouble and needless to say, I was one bad egg. Working behind a bar with people and being active was something that fixed all of that.

Is there a particular drink that you associate with this time in your life?

How, when and where did you start working in bars?

I got my first bar job in the Red Light district in Amsterdam, before that I was pretty much a homeless 18-year-old, handing out flyers on the street. I lived on 1€ Burger King burgers and 2.50€ pints at the Waterhole Pub – the best dive in Amsterdam.

I walked into a bar that I liked and I lied my ass off on a bullshit resumé claiming that I had five years of experience behind the bar. My manager Zach got my measure within five minutes of my first shift and I spent the next six months doing graveyard shifts, from midnight to 7am, in a hostel that the bar also owned. But I was so zealous in my mission to work in the bar I would do double shifts, seven days a week, whatever I could to cover people when they called in sick. In fact, I actually encouraged staff members to call in sick so I could cover them – ha, ha!

The bar was high volume AF: three bartenders, two stations, two-for-6€ mixers and around 15k a night. Shit moved fast, it was a rush like nothing I’ve ever had before.

What drink best captures this period of your life?

Jägerbombs. We had a contract with Jägermeister and Red Bull, we moved a ton of their stuff, so it was the only thing the staff got to drink for free – “cheaper than coffee” our manager used to say – we had between five to ten of them a night.

And is there a particular song that takes you back to this time?

The Offspring – Bad Habit. I got deep into punk rock in this bar and discovered its amazing culture and music. I started with the Offspring and went further into NOFX, Pennywise, Bad Religion etc.

But nothing, nothing hit me as hard as when I heard Bad Habit for the first time in the bar. I stopped up for a second and listened and when he sang “You stupid, dumb shit, goddamn motherfucker” as I downed the third Jägerbomb of the night, it was like an energy release that the18-year-old me hadn’t experienced before.

In 2013-2014 I spent six months sleeping on a couch in a bar that I worked in. It was open from 8am to midnight and I would work a split shift, which meant, I’d do the lunch from 11am ’til 2pm, then in the evening from 6pm to midnight. They would often have to wake me up and I’d step behind the bar, barefoot and shirtless, pour a bottle of water over my head and start serving people. That was alright as the entire back of the bar was filled with sand.

Are there any particular bars that have stand out for you and if so, why?

There was this bar on a small island in Thailand. Even though there were heaps of tourists there, almost none would enter this bar, it was for the industry – the chefs, bartenders, dive instructors, etc. Only the workers from the island would come to drink there and everyone was on a tab which they would pay by the end of the month. In three years, only three people ran out on the bill. I served the same people every single day.

Instead of starting a conversation with a guest I learned a ton about how to continue a conversation, I learned more than ever about regulars and what they mean to a bar; that relationship between a regular and their bar is something I’ll never forget. Also a big shout out to Sam Bartlett and his brother Will who showed me how to have reckless fun whilst caring about what you’re doing.

After six months, I remember having enough money to get a little hut up in the mountains. Sam lent me this amazing red-and-white Honda Dirt bike and I would ride to the bar through the island every day at around 5.30pm. The road I took was quite high up on the hill, so every day I got to see the sunset over this tropical Island before I headed into work – that’s a luxury for any bartender who’s used to work in the city and it became my own little moment of peace before the messiness which was that bar.

Is there a particular song that takes you back to this time in your life?

Every day I would listen to Major Lazer – Get Free during that ride.

Fast-forward to now. Is there a song that best represents you and your bar Two Schmucks?

I’d say, a song for the present would be Nas – Illmatic, the entire album. We played this album on repeat the day we opened our doors for the first time, both times! [Two Schmucks has had two openings].

Hip Hop is something both me and my partner AJ grew up with and when we opened Two Schmucks we wanted a bar that reflected us and who we are, Nas – Illmatic was the album that defined that and it still represents us now.

And the drink to go with it?

A beer and a shot.

A nice bottle of Rye

What would be the one song that you would pick to accompany you on your desert island.

Paulie’s robot from Rocky IV – the one that gets him cake and beers!

Lastly, are there are other songs that you’d like to include in your Desert Island Drinks list?

I would say that Nas – Illmatic” would be the perfect album to attach with this as a playlist, it just hits the spot for us!

Visiting Barcelona? Be sure to stop off at Two Schmucks. Arrive early and be prepared to stay late. See facebook.com/schmuckordie for details.

*To do your bit for Movember (1-30 November) and help men with prostate and testicular cancer, as well as tackle mental health and suicide prevention, see uk.movember.com 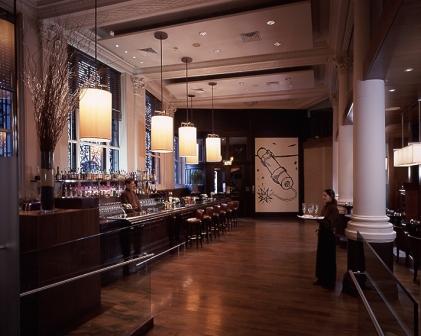 The Cocktail Lovers’ Recipe of the Month: French 75 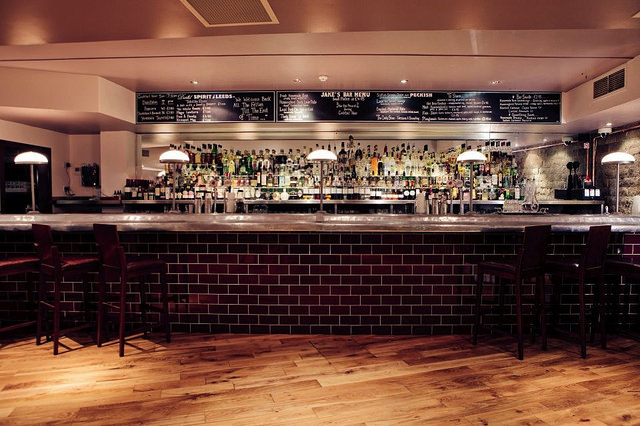 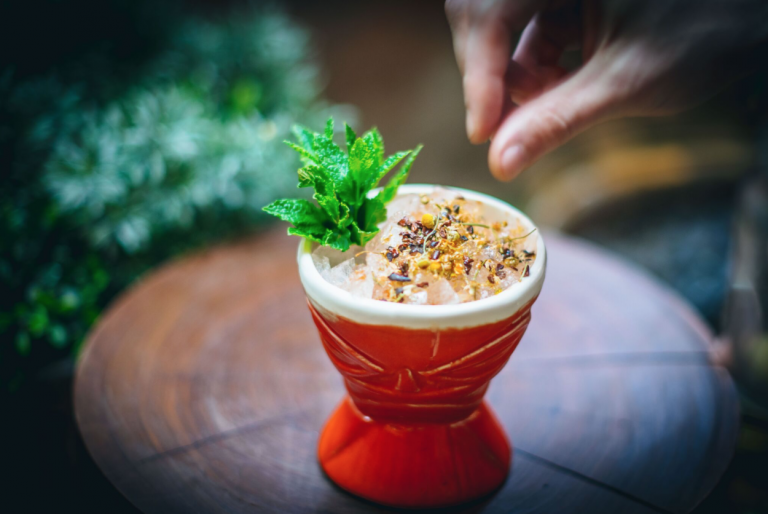