Before we get started on the downright fabulousness of this year’s Gin Mare Mediterranean Inspirations global final, can we take a moment to shine a light on the location? Er, hello! We’re talking a minimalist, show stopping stunner of a white-washed villa in sun-blessed Ibiza. Forget battling it out to see who has the best moves with a bottle of Gin Mare, everyone invited to witness the contests, now in its eighth year, is a winner in our book. 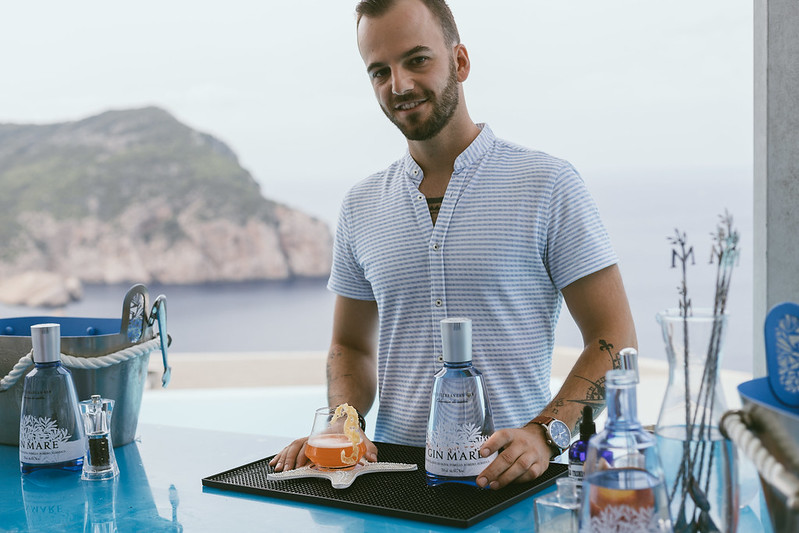 When you consider the set up (did we mention the infinity pool, views over Na Xamena, a private chef plus the magic fridge with a seemingly never-ending supply of beer, water and of course Gin Mare?) and the fact that the seven competitors had spent a day soaking up the 30-degree heat, splashing about in the pool and generally getting to know each other before the main event, it’s little wonder why that when it came to presenting, they were the most chilled global finalists we’ve ever seen. 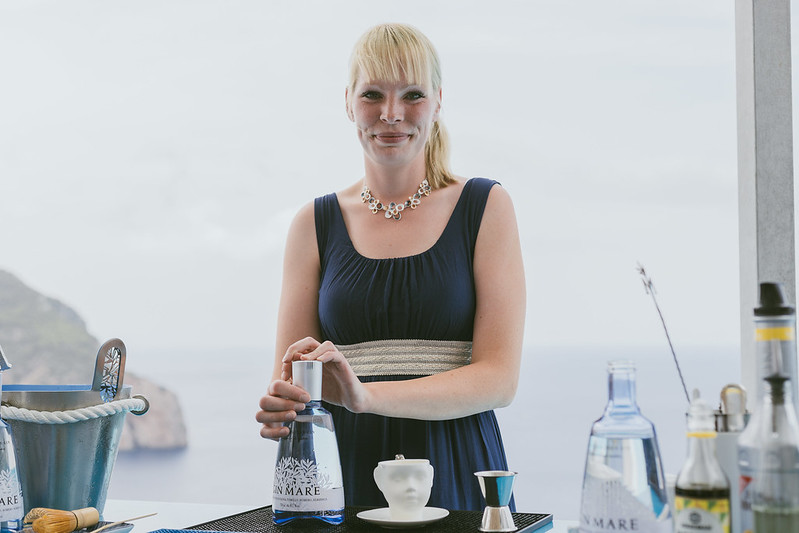 Of course, we’re not so shallow that we’d let something like a James Bond-style villa cloud our judgement of proceedings but let’s face it, there are worse ways to spend a Monday afternoon than soaking up the rays, looking out over the sea while seven super talented bartenders and one very clever chef showed us how Gin Mare works in all manner of enticing ways. 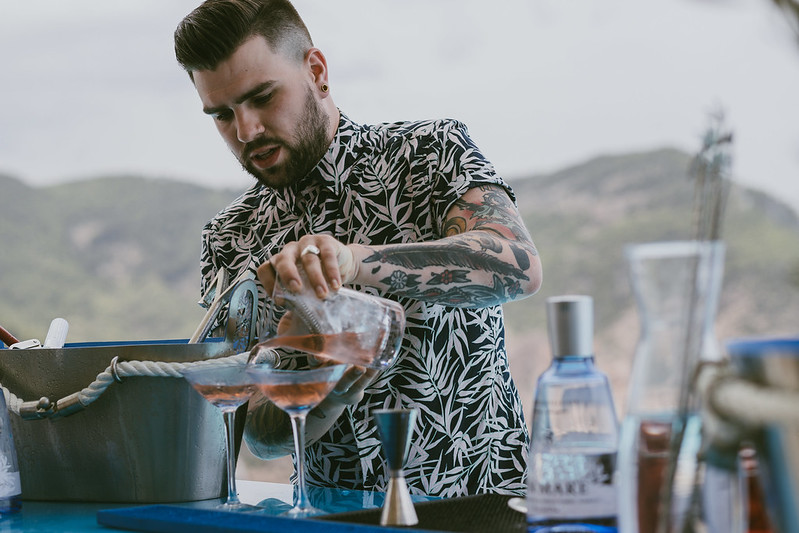 At this point, it’s worth saying that the choice of location wasn’t purely for aesthetics. First, it’s in keeping with the Mediterranean Inspirations tagline and secondly, there’s the gin itself. With rosemary, thyme, olive and basil at its heart, Gin Mare is the taste of the Med so it makes sense that the venue should embrace the theme. And that’s not the only way those botanicals impact on the competition. Picking up on those savoury notes, the premise of the competition is on matching the cocktails to food. Which is where the team at foodpairing.com come in. First, they pick the hero ingredient and then they work with the bartenders and the flavour profiles of their recipes to devise a complementary dish to pair with the drinks. 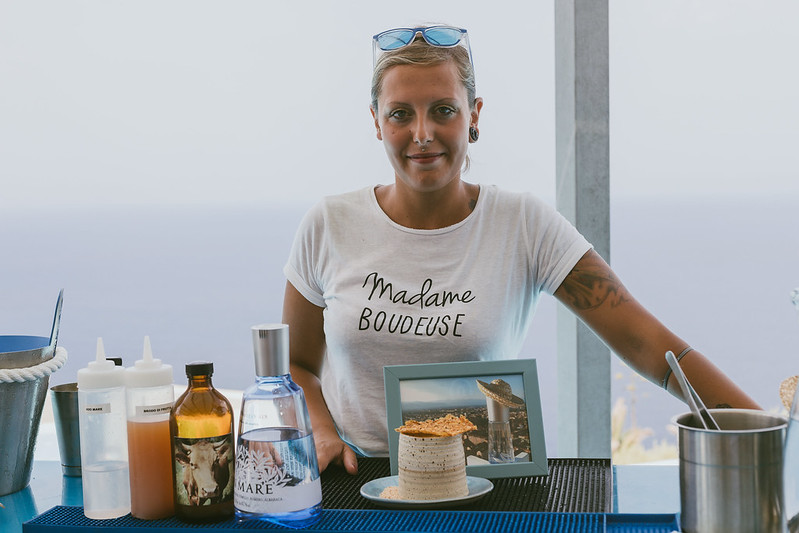 This year the food chosen as an accompaniment to the Gin Mare cocktails was the rich, deep, nutty almost fruity characteristics found in another distinctly Mediterranean ingredient: Parmegiano Reggiano cheese. Not something that immediately springs to mind when thinking of cocktails perhaps but one that definitely calls on considerable expertise to balance its complex flavours. But as we know, bartenders are an incredibly inventive lot which made the job of judges Jorge Balbontin (brand development manager Gin Mare), Julian Deferal (specialist and creative director of drink strategies at Gorgeous Group London), Diego Olmedilla, (president at Facyre Spain (Federation of Chefs and Pastry Chefs of Spain), Marc Alvarez (independent bartender and bar manager at El Barri group), and Cherry Wan (operations manager from Jia Group International). 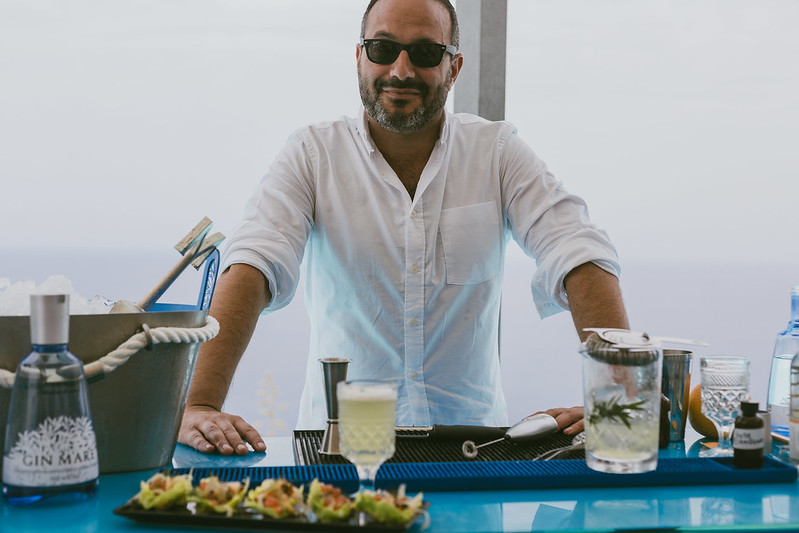 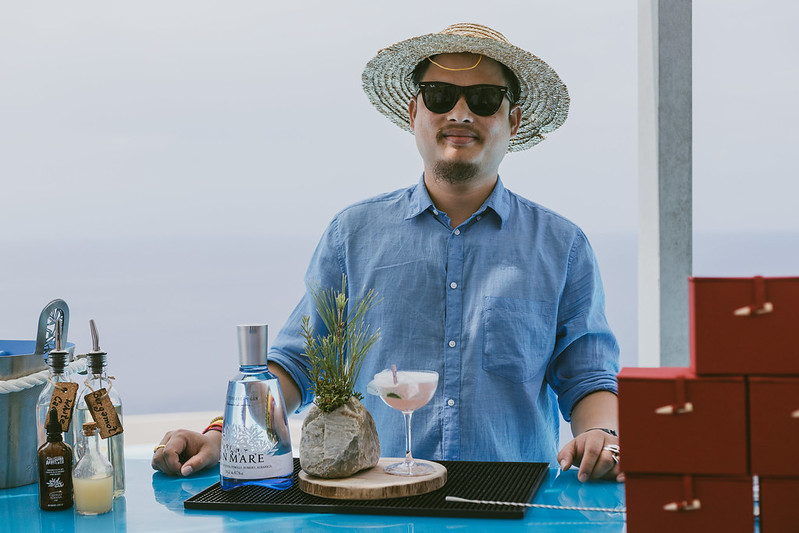 Job done, it was time for the visitors and competitors to chill out. As if they hadn’t done a good job of doing that already. The announcements came the next day, over drinks on the rooftop at Hotel Montesol. If the competitors were nervous, they didn’t show it. And if they minded that Summer Chen was awarded first place for her drink Amigos para Siempre (Friends for Life) they did a damned good job of hiding that too. Her extremely accomplished cocktail not only enhanced the unique complexity of Gin Mare but brought a new dimension to it as well. 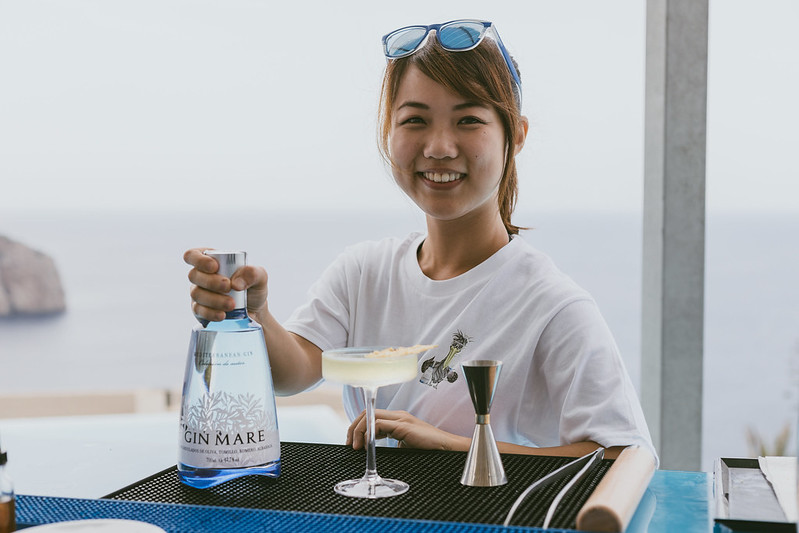 Her prize is a trip to abroad to a five-star hotel and dinner at a three-starred Michelin restaurant. 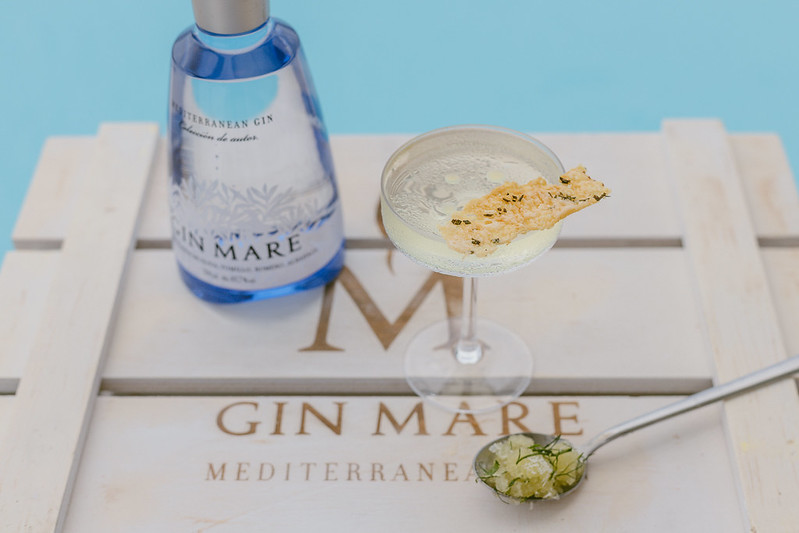 This is the first year that Singapore has taken part in Gin Mare Mediterranean Inspirations, why did you enter the competition?

I work in Summerlong a chilled Mediterranean restaurant by the river in Singapore. With the emphasis on Mediterranean ingredients we use a lot of Gin Mare in our cocktails. I love using it in the bar so when the competition came up, I didn’t hesitate to enter.

Tell us about your signature drink?

It’s a combination of two classic cocktails: the Gibson and a Bloody Mary. Instead of a pickled onion I use a fresh red Spanish onion to create a natural acidity and provide aromatics. Then I add some homemade ghost pepper bitters – it’s super spicy – 400 times hotter than Tabasco Sauce so obviously I only use a few drops. I use tomato water instead of tomato juice to bring out more of the Gin Mare flavour and as it’s lighter in texture and colour it means the drink looks like a Dirty Martini-style but tastes like a Bloody Mary.

How long did it take to come up with your recipe?

Quite long. The herbaceous, celery nose of Gin Mare lends itself perfectly to a Bloody Mary, so that was the basis of my idea. But then I thought that everyone thinks that a Bloody Mary is red which made me think about playing with that element of the drink and clarifying tomato water instead. I also use dill syrup in the recipe. I played around with various herbs including coriander and rosemary but the grassy notes in dill are just right, very balanced with Gin Mare. In all it took around two and a half months to get the recipe right.

Now that you’ve won, what are your plans?

First I’m going to Barcelona with the rest of the finalists and the Gin Mare team, then Paris, then back to Singapore. I’d like to continue working with Gin Mare – I know the brand is very famous in Europe but I’d like to take this opportunity to share my experience and the beauty of Gin Mare with the people of Asia.

Tell us your highlights from you Gin Mare Mediterranean Inspirations week…

Hanging out in this amazing villa with this wonderful view and amazing people – now friends. It’s been an incredible experience and one of the most important aspects was the sharing of our knowledge and cultures and learning from each other – that’s absolutely priceless.

And now that you’ve spent three days in Ibiza with the Gin Mare team, has your view on it changed?

Definitely. I’ll be embracing more Mediterranean style in my drinks. 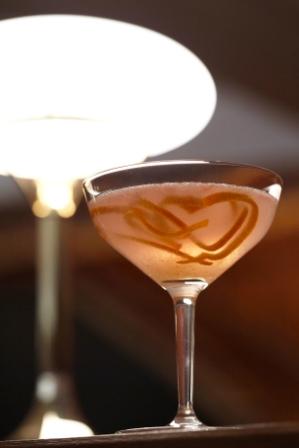 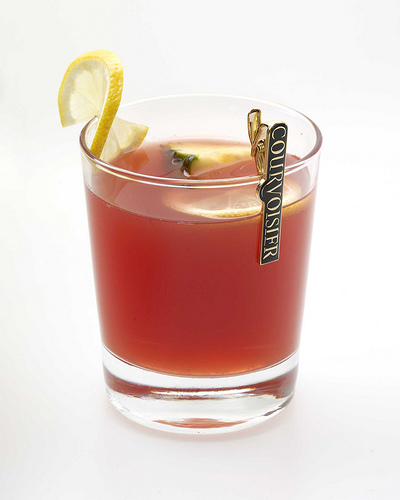 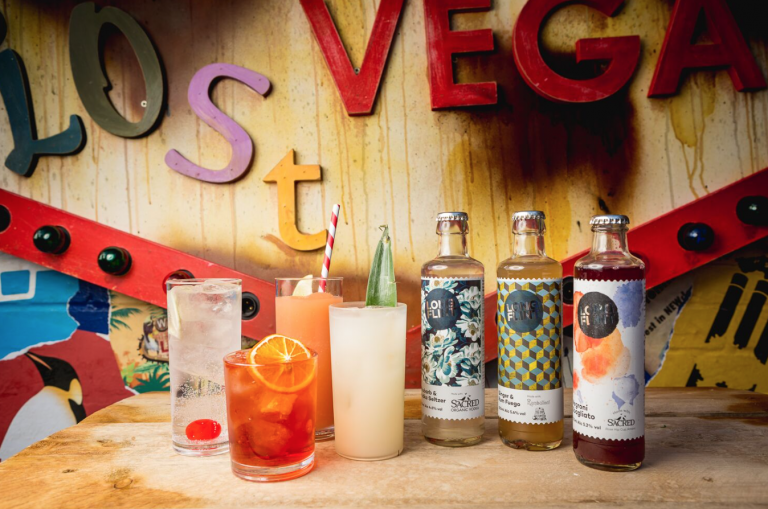