Think cocktails with food and aperitifs come to mind. That’s hardly surprising, nothing gets the appetite primed for a full blown meal quite like a perky Aperol Spritz or nifty Negroni. Then there’s the digestif. Ah, the digestif… Even the word makes you want to loosen the top button of your waistband, settle yourself into a comfy chair and sip on something warm, dark and comforting. What’s not to like about those full-on, big boy drinks? We’re talking expertly mixed Manhattans and Sazeracs, as well as slowly and carefully stirred Old-Fashioneds – all perfect ways to round off a meal.

It’s the bit in the middle that’s a quandary. This is where everyone, even the most ardent cocktail lover will beckon the sommelier and try their best to get to grips with the wine list. While there’s nothing wrong with that – we love a glass of Pinot or a crisp Sauvignon as much as the next person – every so often it’s good to liven things up a bit by matching your main with a cocktail.

At its simplest, there’s nothing quite like a Classic Dry Martini (with a twist rather than an olive for that essential citrus zing) paired with fish and chips. Or how about a bourbon-based Mint Julep to accompany a burger? We’re also rather partial to a Perfect Manhattan to keep our steak company, while we find the clean, crisp minty goodness in a mojito complements a Thai meal perfectly.

So far, so simple. What about something a bit more creative? Granted, this cocktail and food matching malarkey isn’t the easiest of things to pull off. In fact, there are a few bartenders out there who will tell you that it’s not even an option. Others see it as a challenge they’re more than happy to play with. Tony Abou-Gamin aka The Modern Mixologist falls into the former camp while Audrey Saunders of the Pegu Club in New York is an advocate of the latter.

Both are right to a certain extent. We’ve had some pretty mediocre experiences where bartenders haven’t quite got the balance right, while those who do ‘get it’ bring a whole new dimension to a meal. Like wine, you can go in one of two directions: complementary or contrasting. Complementary flavours are easiest to think about when you don’t want to stress yourself out too much. If you regard your cocktail as a garnish to the dish in question you’ll invariably hit on a winning combo – smoky spirits to sit alongside barbequed meats for example; if lamb is on the menu, a minty cocktail works like a dream, while berries and currants added to a cocktail make a good accompaniment to duck.

Contrasting notes work equally well – waking up the palate nicely. If you’re going for something oily – fish dishes say, think about adding citrus notes to your cocktail, while a fruit-based libation provides an interesting pairing for earthy dishes like stews or casseroles, even grilled meats.

And if you really want to take the cocktail pairing thing on to another level, why not add character to your food by marinating meats like pork and chicken with the herbs and spices found in gin? Crush juniper berries, add some cardamom, a sprinkling of lemon and lime zest, leave to infuse for half an hour or so, then grill or barbeque and serve with a Martini.

We asked Heston Blumenthal for his thoughts on the subject. If there’s anyone who knows their way around flavour combinations, the Michelin-starred molecular gastronomist is it. “On paper, scientifically and mathematically the formula for pairing cocktails with food doesn’t work,” he told us in between reeling off examples of vcf packages and single aroma molecules that we are far too simple to even comprehend. We did get this though: “It’s a great tool for creativity,” he continued. “And that’s part of the beauty of making great flavour combinations.”

Who could possibly disagree?

Written by The Coktail Lovers for Taste of London website, April 2012

Bartenders: start your year like a champ by entering World Class GB 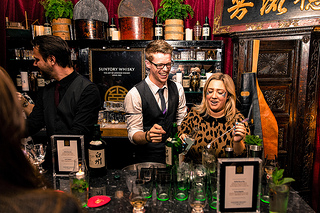 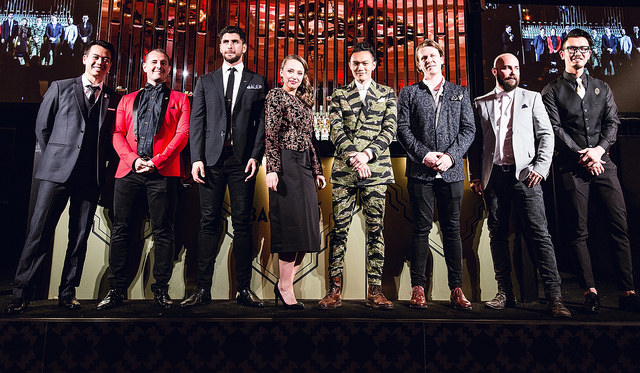 What’s all the fuss about BACARDÍ Legacy? Part 2*: The Global Finals 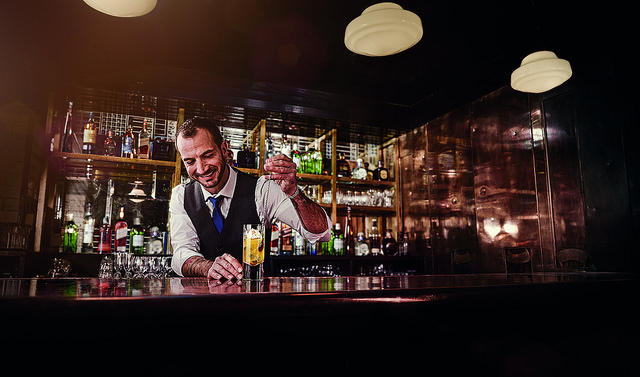