As any bartender worth his/her weight in ice (only quality ones mind – the bartenders and the ice) will tell you, Havana, Cuba is where it’s at when it comes to classic cocktails. The Daiquiri, Cuba Libre, Mojito, Mary Pickford, El Presidente and many more besides were all created here – it’s been the destination of choice for serious drinkers since the 1930s.

The beauty of these drinks is their simplicity: three or four ingredients max – with a good glug of Havana Club rum, either 3 or 7 Year Old, or Selecion de Maestro at their core. Obviously these drinks will continue to perk up many a palate for years to come but for its tenth Cocktail Grand Prix Havana Club wanted to do things a bit differently, calling on the contestants to create a future classic, a cocktail that will continue to push the portfolio of rums into consumer consciousness.

Which is how 48 bartenders from all around the world found themselves in Havana last week, each hoping for their name to live on in their drink. The brief was to keep it simple. That meant leaving their fancy pants equipment and glassware behind and instead looking to ingredients and props found in the local markets.

To help them get into the spirit, industry experts Anistatia Miller and Jared Brown, Dave Broom, Alejandro Bolivar, Tony Conigliaro, Naren Young and Ian Burrell were on hand to share their knowledge and passion through a series of fascinating talks on everything from the Cuban Golden Age of Cocktails, through to the evolution of Cuban music. The bartenders were also encouraged to immerse themselves in the local culture – not a hard task when visits to legendary bars like El Floridita, Sloppy Joe’s and La Bodeguita were on the agenda.

Finally, they had to present their cocktails to the expert judging panel made up of the names mentioned above, together with Juanjo Ganzalez Rubiera and Julien Escot who between them managed to whittle down the numbers down to 15 finalists.

In the end it was Andy Loudon from Satan’s Whiskers in London who secured the top prize with his simple but delicious Jose Marti Especial.

We caught up with him directly after the announcement was made.

You’ve just found out you are the Havana Club Global Final winner, has it sunk in yet?
Almost. I think it will really sink in tomorrow when I start getting the texts from London – right now the time difference means that no-one in the UK has heard the news.

Obviously you enter a competition thinking that you have a chance of winning but even so, did you think you would actually do it?
I’ve always wanted to come to Cuba and I’ve always wanted to win an international cocktail competition, so to combine the two is fantastic. I love what I do and I always strive to be the best – I’m by no means saying that I am the best but winning this competition means I’m a step on the way.

How did you approach the brief?
The way I approached my drinks in both the semis and the finals was doing what the brief asked, which was creating a classic Cuban cocktail. To me that’s about simple flavours from simple things. I wanted to use five to six ingredients, tops and again, sticking to the brief they should be from Cuba or relate back to Cuba.
For my final drink I used Havana 3 Year Old, which is the epitome of a good Daiquiri; cloves for spice and Tio Pepe sherry to bring a sailing quality to the drink – there’s a saltines to it that reminds me of being on the beach in East Havana or running along the Malecon which I did twice while I’ve been in Havana. I also added limes and sugar with my rogue ingredient being Pastis which was invented in Santiago de Cuba, regarded as the Orient of Cuba – that’s what got me thinking about using spices and pushing the Daiquiri to another level.

Are you proud of your achievement?
I don’t want to say ‘proud’ [we encourage him to] Okay, I’m incredibly proud and happy but I want to push myself and learn even more. I’ve learned more about Cuban culture in this week than I have in the many years I’ve been reading up on it. I want to meet more people, be better, push myself further. I want to learn more about the music, the cocktails, the people, by immersing myself in the culture.

Why Havana Club Cocktail Grand Prix rather than any other competition?
It’s really important to find a brand you already love and appreciate – the Havana Club range has everything you need in a classic Cuban cocktail: Havana Club 3 Year Old works well in a Daiquiri; Selection de Maestro makes the best El Presidente you will ever find; Havana Club 7 Year Old makes the best Old Cuban – it’s the only version of that drink that ever works.
Also, from when I was very young I wanted to visit Havana. From the age of 11 or 12 I was reading books on Che Guevara, Fidel Castro – anything on Cuban culture like The Motorcycle Diaries. Later as a bartender, Cuba plays such an important role in the history of classic cocktails, so this competition is ideal for me.

It’s your first time in Cuba, has it lived up to your expectations?
It’s exceeded every expectation. Even arriving at the airport, then going past Revolution Square was amazing. Walking in Havana, speaking to its people and seeing the artwork was very important to me – it’s so multi-layered and multi-faceted, all qualities which I wanted to put into a drink.

Did you find it hard to make a simple drink?
Yes, it was very difficult. I’ve worked with Tony Conigliaro at 69 Colebrooke Row, so it would have been easy for me to go down the techical route, using scientific approaches but the beauty of the culture here is its simplicity and I wanted to replicate that. As I said, my mantra throughout was ‘simple pleasures from simple things.’

Andy wins a trophy, an uber cool bottle of Havana Maximo Extra Anejo and will return to Havana as a judge at the next global competition in 2016. 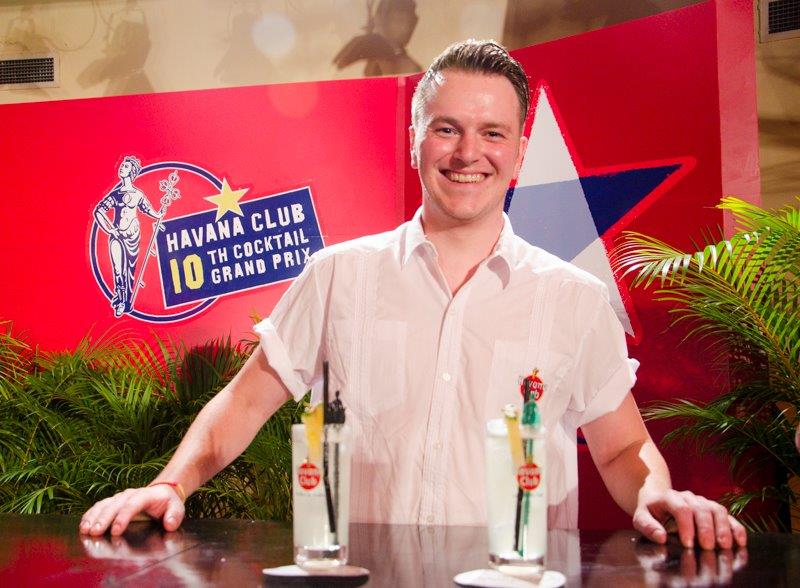 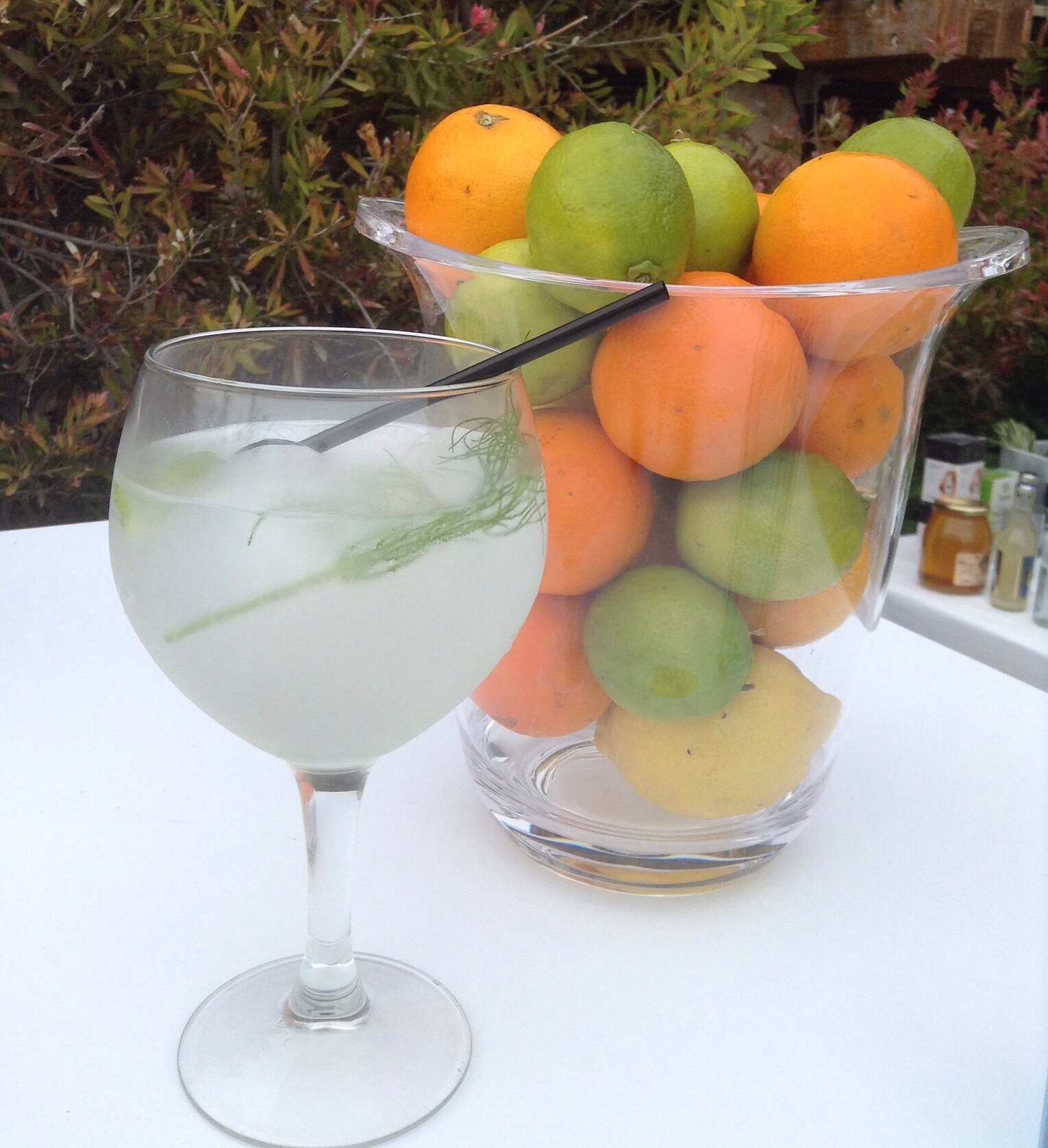 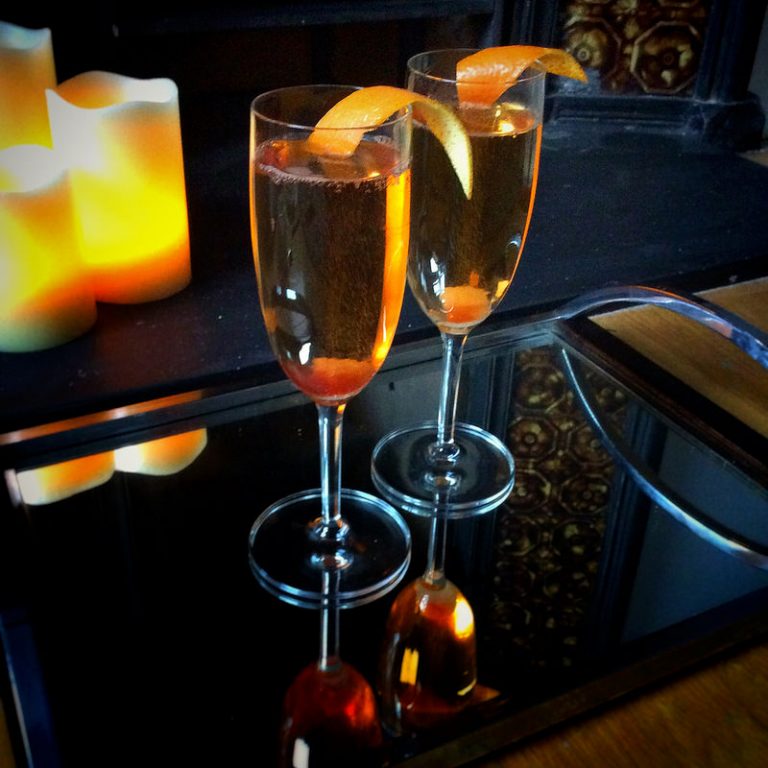 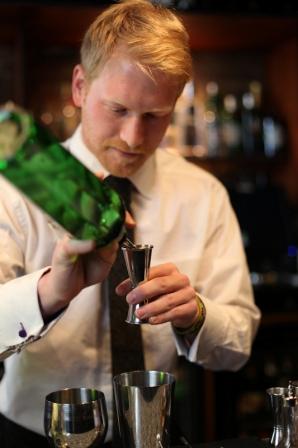