Above: The Tahona Society: The Collective Spirit winners Alex Black and Makenzie Chilton being presented the $50,000 cheque by
the Vice President of The House of Tequila, Christophe Prat

This wasn’t the first year of The Tahona Society Competition, but it certainly felt like it. Not in an amateurish way. Quite the opposite. Put it down to the fact that the comp has had something of an overhaul, relaunching with a whole new format and a brand new name: The Collective Spirit. And when we say a new format, that’s something of an understatement. Put it this way, over the course of the global finals earlier this month not one of the bartenders lifted a shaker, touched an ice cube, or even stepped foot behind a bar. What were they doing you may ask? And what was the point of getting them over to Mexico? Carlos Andrés Ramírez, Global Advocacy Manager for The House of Tequila summed up the new direction best when he described it as a return to the ‘DNA of the brand.’ So, perhaps we should go back to the beginning…

The Tahona Society was formed by Dré Masso and the late Henry Besant, in 2009. Two English bartenders, who shared a passion for all things agave, and in the latter’s words wanted “to create a global network of bartenders in different cities, all over the world, who are passionate about tequila.”

The Tahona Society has always revolved around advancing bartender’s careers through sharing their knowledge and passion for tequila. This belief was central when the pair formed Olmeca Altos alongside, Jesús Hernández, the brand’s master distiller. A self-confessed ‘tree-hugger,’ Hernández jumped at the opportunity to return to his native Mexico, after living in California for many years, and he was aware of the responsibility involved in the task: “This is my country, this is my land,” he says. “From day one it was about the environment.” And this is what Ramirez means about the ‘DNA of the brand’. From the beginning Olmeca Altos was 80% waste-free, it is now 98%, and intends to be 100% by next year, and this respect for the land is carried through to how it treats its Jimadores and staff. 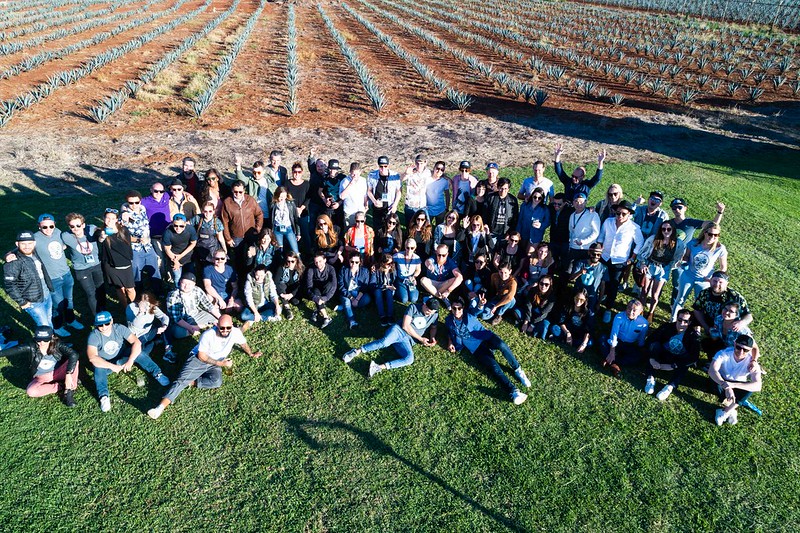 Back to the present. We’re sitting in a restaurant in Guadalajara with Megs Miller, the Tahona Society Ambassador, talking about the inspiration behind the new competition. “Myself and Dré spent two days in Mexico thinking about what we really wanted The Tahona Society to be,” she begins. “There are so many global competitions out there, why should people enter ours? That was the question we asked ourselves, which led us to go back to what we really believe in. The answer naturally fell into place over the two days. We need to give back, just like Altos does in Mexico.”

Miller, Masso and Ramírez all refer to the initial spark for the new format as a desire to shake up the existing competition set-up. But this sense of competition fatigue was a springboard, not just to do something different in order to stand out, but an opportunity to tap into something much larger. To create, in Masso’s words, a platform that “celebrates more outward-looking, locally focused efforts that reflect bartender’s larger concerns to ‘give back’ to their colleagues, communities and industry.”

And so The Collective Spirit Competition was born. The entrants, from 16 countries, had to submit, not a recipe for a drink, but a business plan that addressed one of four areas: bartender welfare, upcycling and recycling, waste reduction, or sustaining the environment. The winning entries were flown to Guadalajara to soak up the atmosphere of Mexico’s second largest city, visit the Olmeca Altos distillery, and work over their presentations and financial plans in one-on-one sessions with industry and business experts before their pitch at the end of the week for the $50,000 to help finance their project.

On the final day of the week, the audience listened to the impassioned seven-minute presentations followed by a three-minute Q&A session led by the four judges to determine the winner. 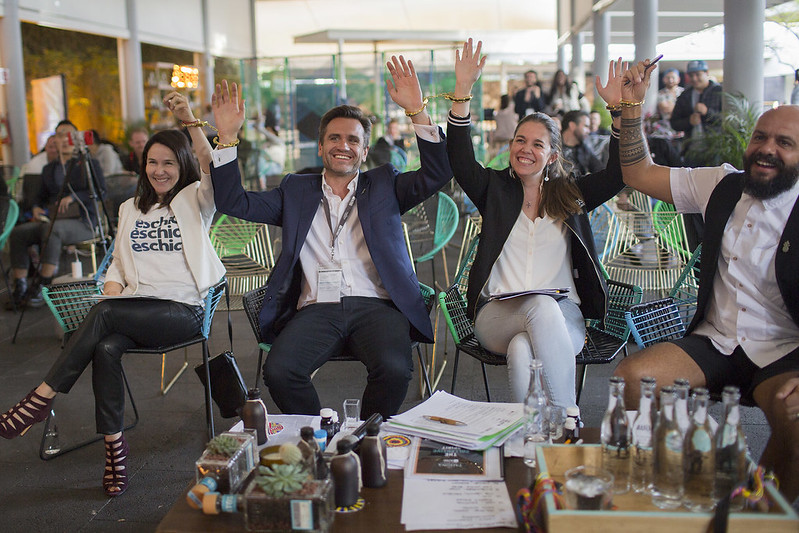 So what did the bartenders come up with? Nothing short of genius. Here’s a brief taste of some of the concepts:

Hydroponic plant pots that bars could use to source ingredients, but also to decorate their bar’s interior.

A removal company that travels to bars and removes their plastic waste and redesigns them as products that could be sold back to bars and consumers.

A project that would give non-violent ex-offenders a work placement within the bar industry to help get them back on their feet.

A business that collects food waste, such as coffee grinds and citrus to turn into liqueurs and syrups.

There’s not enough space to mention the other innovative and original concepts we heard about but rest assured, they made for fascinating listening. In the end there could only be one winner, and it went to the Canadians: Alex Black and Makenzie Chilton. Their project, Mind The Bar, focuses on the particularly heavy toll of mental illness within the bar industry. Alex, an experienced bartender, teamed up with Mackenzie, a former bartender turned psychologist specialising in suicide, to design a project in collaboration with a Canadian mental health charity.

We spoke to them just after the announcement, and asked them what they would do with the prize money. “Right now I’m volunteering as a counsellor and it’s too much for one person,” Mackenzie tells us. “So we’re going to be able to immediately hire more staff to help people suffering. That’s the biggest thing that the money will allow. Now anybody that needs help will be able to get it.”

Alex, still slightly breathless, adds, “I couldn’t be prouder of the industry I’m in.” His hand sweeps over the room taking in all the people who have competed and have gathered to hear the news. “Everyone here is going to do so many incredible things.” We couldn’t agree more. Over the course of the week the competitors have received the support and confidence to hopefully continue pursuing their projects, and we wouldn’t be surprised to see their concepts realised in the future.

Alongside the $50,000 prize for the winners, The Tahona Society and the Altos team decided to commemorate the fifth anniversary of Henry Besant’s death with a special initiative. Carlos Andrés Ramírez, along with Henry’s three brothers, wanted to do something that would honour his legacy of supporting bartenders throughout their career. They arrived at the Henry Besant Scholarship, worth $10,000, which will be awarded annually to a bartender who needs financial support to help further their career. This year, the worthy recipient was Adrián López, from Hanky Panky bar in Mexico City. Lopez works three jobs to support his family and will use the money for English lessons, in order to realise his dream of working in London.

Our impressions of the inaugural The Collective Spirit competition, have left us feeling humbled. The competition gives bartenders a platform to help give back to the planet and the wider community. The team behind it have definitely tapped into something that can only grow bigger and bigger. Bring on 2019!

See mindthebar.com for more details of Alex and Makenzie’s project. 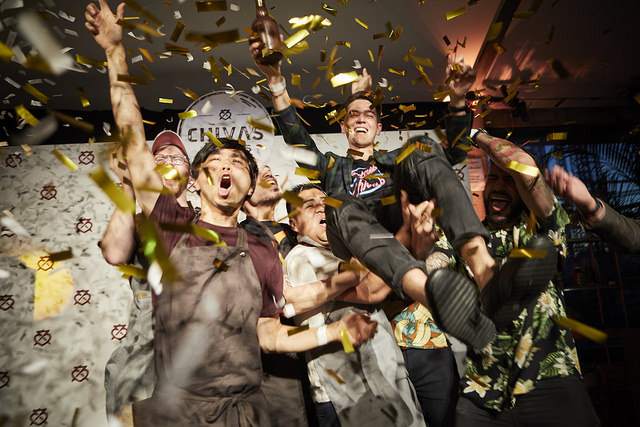 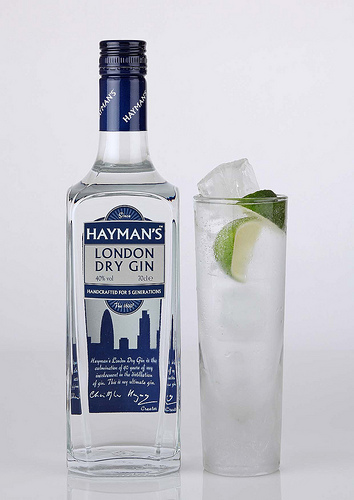 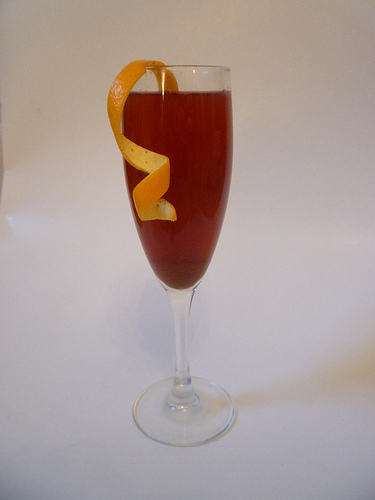 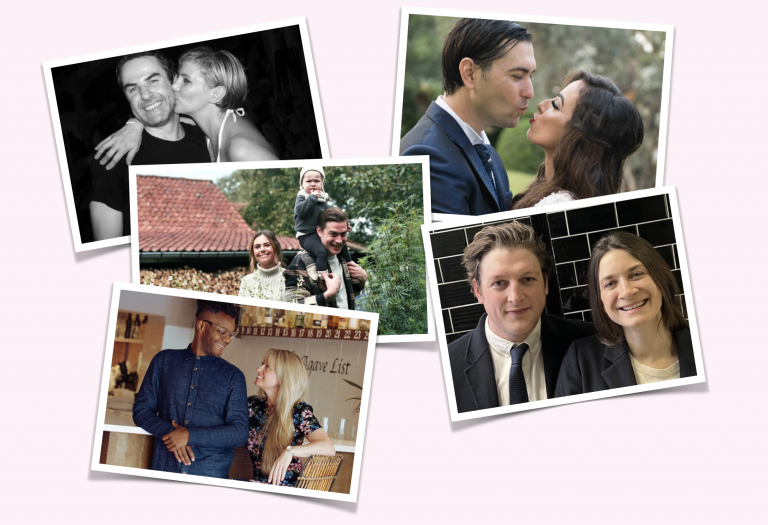