The leaves are turning and the nights are drawing in but that doesn’t mean the cocktail world is in any danger of slowing down. October in London is as exciting as ever, with a heap of brand new openings, fresh menus, exciting masterclasses and fabulous events (not to mention, of course, London Cocktail Week). So forget hibernating in front of Netflix when night rolls around – get out onto the town and have some fun!

Compiled and written by Rebecca Milford 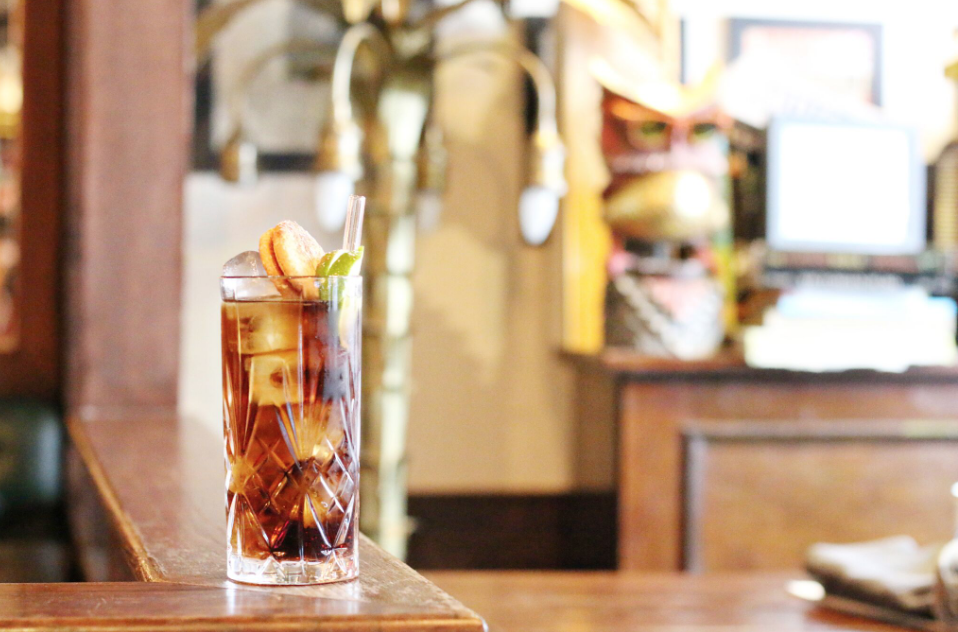 What with autumn arriving, who wouldn’t relish the chance to hang onto summer a little longer with some exotic Cuban beats and tropical cocktails? Inspired by the famously opulent playground that was 1940s and 50s pre-revolution Havana, the re-imagined Quayside Barat Tobacco Dock will evoke a time when rum cocktails, cigars, Cadillacs and unbridled glamour were the order of the day. Expect this to be your new destination for great cocktails, great music and glamorous escapism – from post work drinks and large groups to special occasions, rum tasting master-classes and dates with a difference. 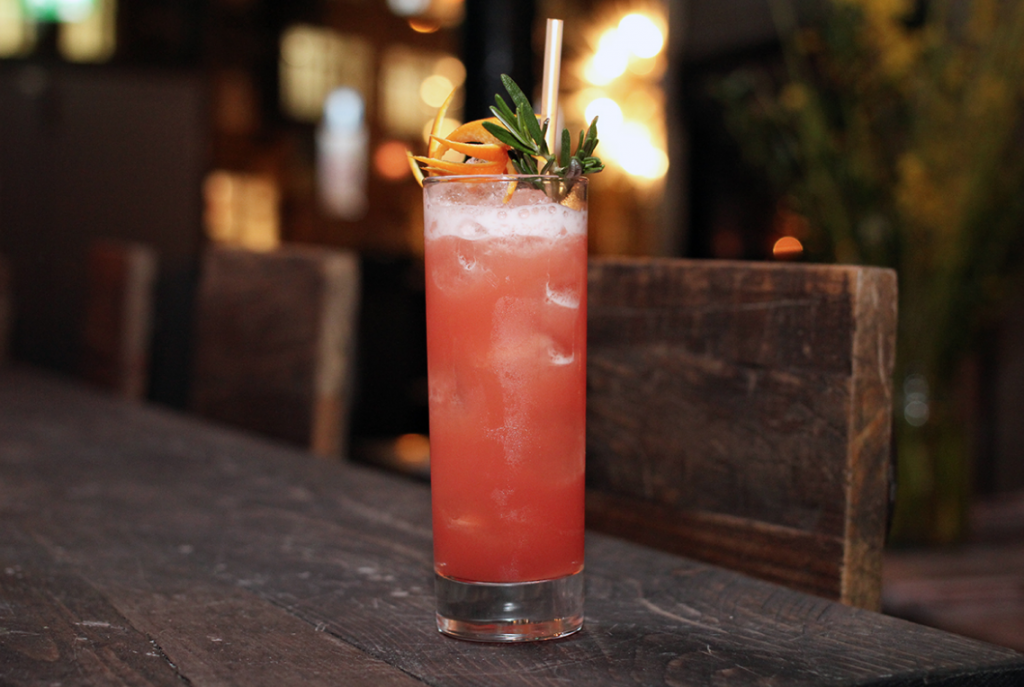 Looking for a new drinking den in East London? Head to newly opened Iron Bloom in Shoreditch. Created by the guys behind Looking Glass Cocktail Club, it promises unique British small plates and an intricate cocktail menu. Keep an eye out for the original features such as cast iron pillars and the industrial lift which houses the DJ booth. After a night out, we’ll be heading there for the Hangover Cure cocktail – vodka shaken with lemon, homemade rosemary, chamomile, fresh cucumber and ginger. Sounds restorative! 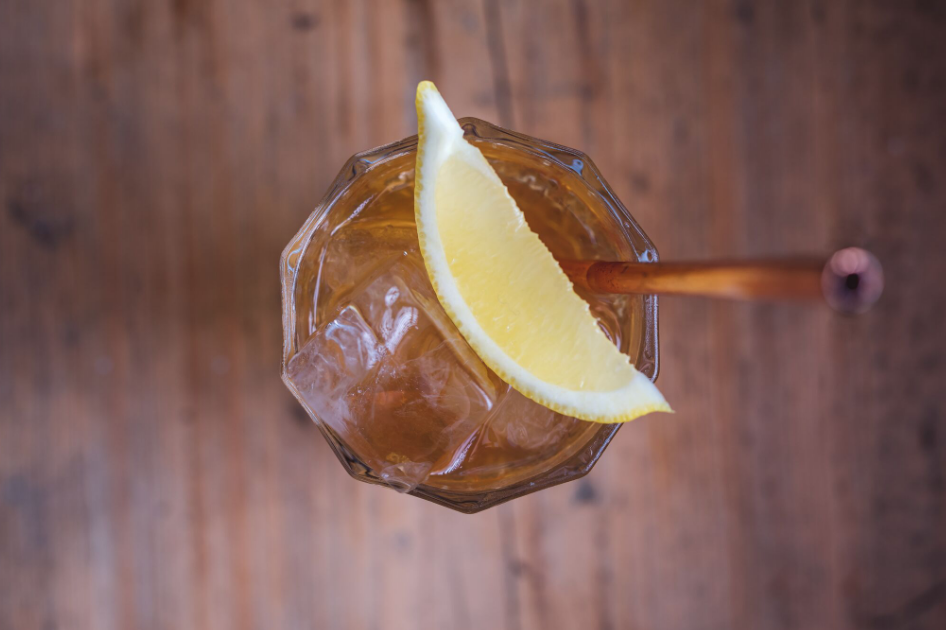 Launching in mid October in West Hampstead, Heads + Tails is a new late-night cocktail bar which, as the name suggests, will be a bar of contrasts. Heads, a bright airy bar serving light cocktails, gins, wines and aperitivo will be cleverly juxtaposed with Tails, a dark, atmospheric basement bar specialising in whiskies and rums. Start off upstairs in the light-flooded bar Heads to enjoy the house Pink Lemonade with Lillet Rose and homemade citrus sherbet – an enticing exponent of the lower-alcohol list. Then, for those wanting something a little more seductive, try the intimate drinking environment of Tails. We have our eyes on The Twist of Fate, which plays homage to the Old Fashioned, using citrus oil and spices to help bring the bourbon to life. 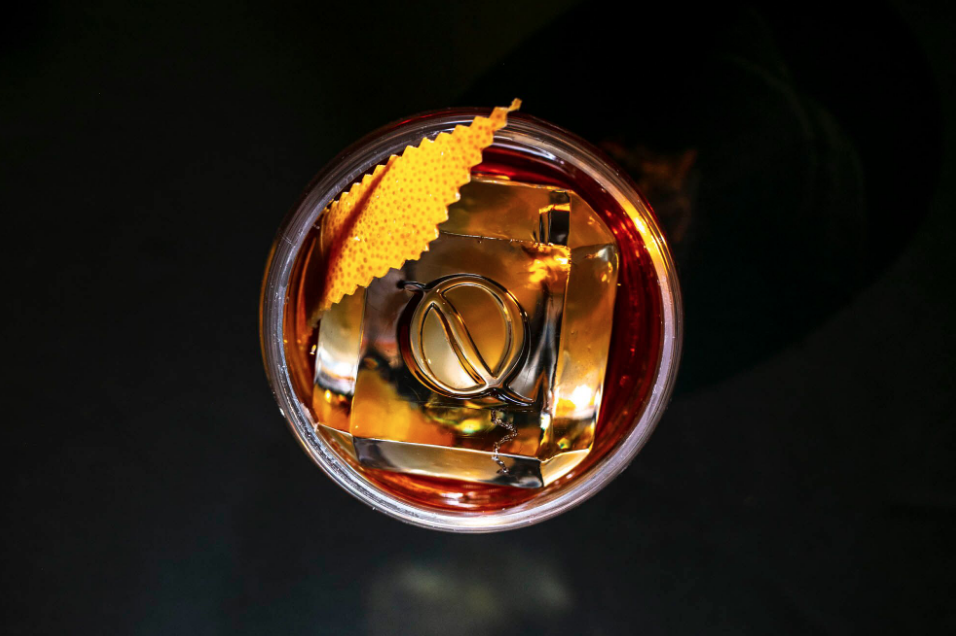 Prepare to be seriously impressed by the new menu at Quaglino’s. These cocktails are not only stunning visually and creatively, but they also aim to promote the awareness of sustainability via this innovative and highly conceptual new menu. Using techniques such as milk clarifications, sous vide infusions, and butter washing, the menu has been designed to be as much a visual experience as one of taste and flavour. Separated into three sections, Past, Present and Future, the menu takes the guest on an enlightening journey that explains the path of sustainability through cocktails. Expect to marvel at root infused drinks that symbolise deforestation, to futuristic bespoke serves that represent the mounting problem of space debris. Definitely one to put on the hit list. 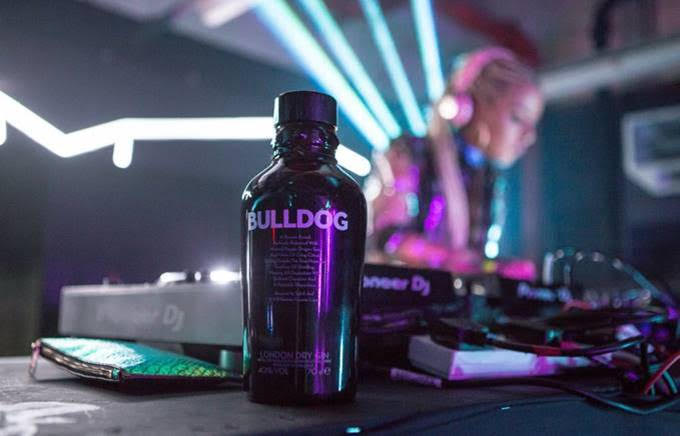 It’s party time in North London! Alphabet, Upper Street’s newest bar and restaurant, is launching a season of Saturday Night Sessions curated by Bulldog Gin. Boasting a line-up of established and well-known DJs from around the world, the sessions are a follow on from Bulldog’s popular brunch sessions held at Pikes in Ibiza and The BIG Session held at Printworks in London earlier this year. Head over on October 27th to get down to the sounds of DJ Jasmin – aFlux original resident and regular at some of the best club nights in the UK, including the infamous Back to Basics and Housewife. Alongside the great line up of renowned DJ talent, there will be a range of inspired Bulldog Gin cocktails: we can’t wait to try the El Bulli – Bulldog Gin, salted melon, citric solution, bay leaf bitters and Pata Negra. 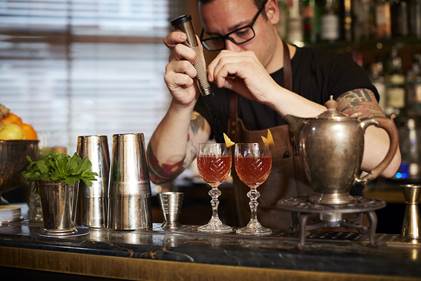 Always wondered about the principle behind punch? The award-winning Punch Room at The London EDITION is here to tell you! They’re launching their own Punch Masterclasses beginning on 12th October 2018. Taking place on Fridays, Saturdays and Sundays from 2pm until 4pm, the masterclasses promise to give guests an in-depth insight into the wonders of Punch Room punches. Guests will learn how to create and taste some of Punch Room’s most sought after concoctions including Punch Room’s Classic Milk Punch made with ingredients such as Hennessy fine de Cognac, Havana Club 3yo Rum, Somerset Cider, brandy, green tea, lemon juice, pineapple, spices syrup and milk.

Bookings must be made in advance by emailing punchroom.ldn@editionhotels.com. 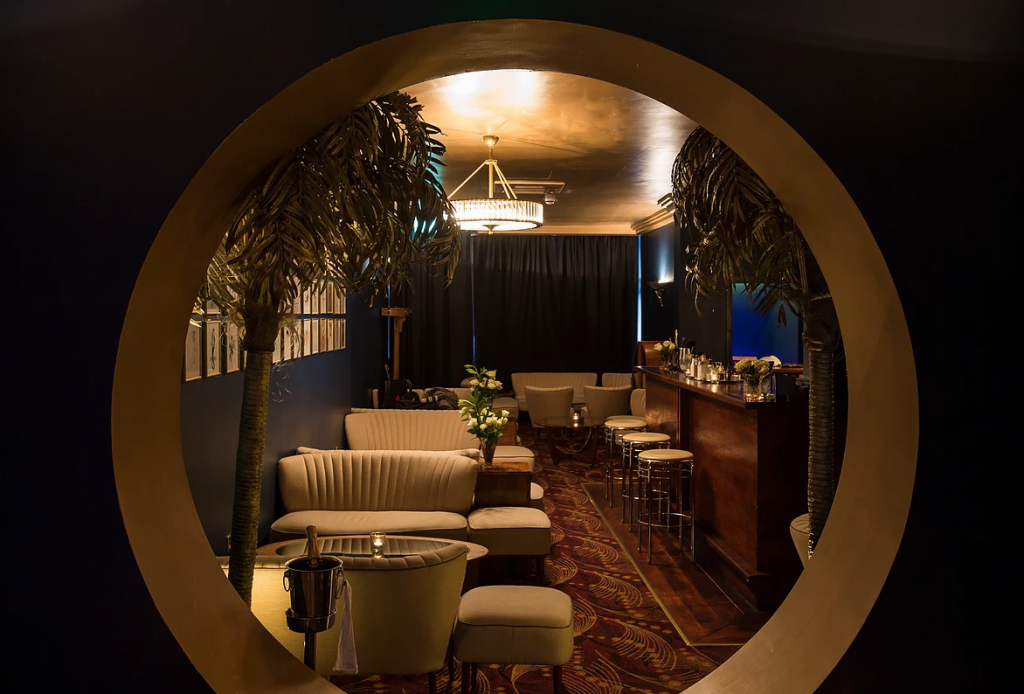 Whether you adore Martinis or still need to be convinced, this is one to have on your radar. Art Deco bar Fontaine’s in Stoke Newington is launching a brand-new menu on Friday 12th October that celebrates the Martini in all its forms. Aiming to demystify what is arguably the world’s most famous cocktail, the new Martini menu at Fontaine’s will explore the various flavour combinations and well-disputed variations of this classic drink so that guests can find their own signature style. All in a beautiful setting that embodies the glamour and elegance of the Golden Era.

Compiled and written by Rebecca Milford 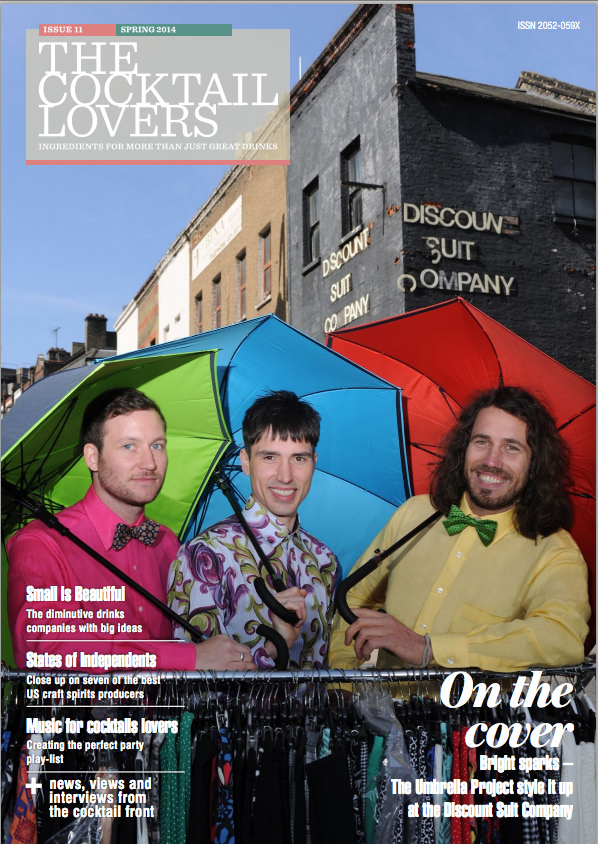 Issue 11 of The Cocktail Lovers magazine is out now – subscribe today! 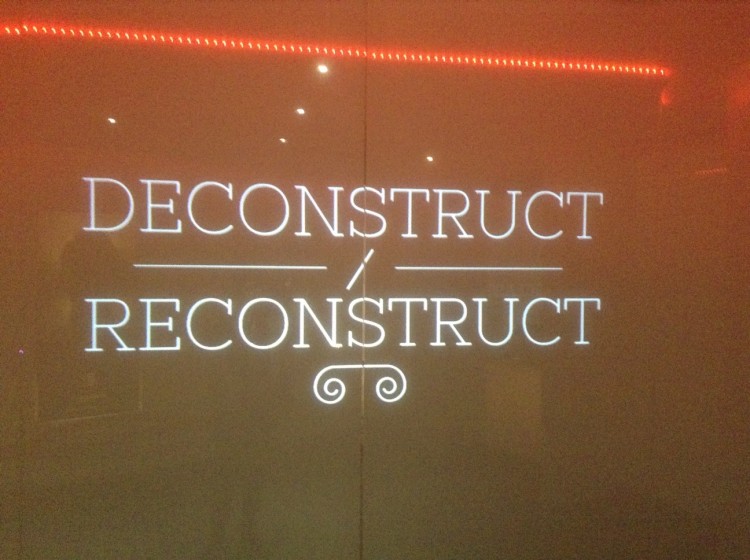 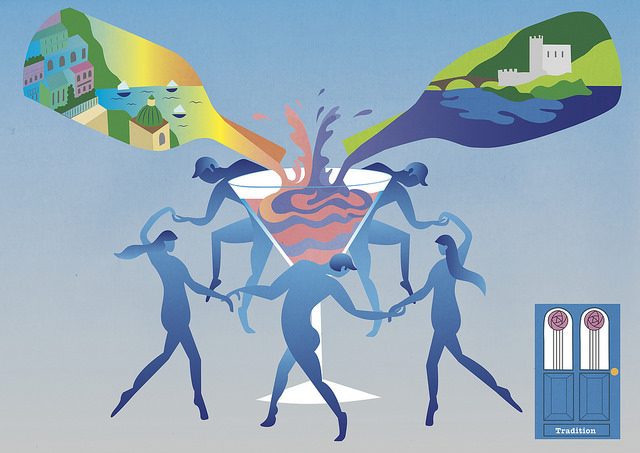 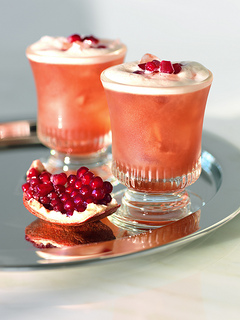