Share on facebook
Share on twitter
Share on linkedin
Share on whatsapp
Sam Kershaw is one of the ‘Three Most Promising’  in the UK leg of the prestigious Bacardi Legacy competition taking place in 2014. And well deserved the accolade is too. He’s worked in and around bars and bartenders for a decade, in a variety of roles including bartender, bar manager, trainer and brand ambassador for venues large and small, independent and group owned. Starting his journey in Edinburgh his love of bars and booze has taken him all over the world. You can currently find him dishing out tasty cocktails and witty banter at award-winning London bar, Callooh Callay. I’d have to say Edinburgh, as I couldn’t pin down one specific bar. All of the places I worked at – Opal Lounge, Tonic, Harvey Nichols, Tigerlily, Rick’s all brought new skills and experiences. Mostly good, a few not so good. But it was amazing to be in a city with such an impressive cocktail pedigree and so many influential bartenders at a really exciting time.

Name a few places you’ve worked?
Of note, Tonic, Tigerlily and Rick’s were the pick of Edinburgh; a few months spent at Death & Co and East Side in New York; a homecoming to Hyde & Co in Bristol. And Callooh Callay, naturally.

Who’s the most inspiring person you’ve worked with?
There are a few I’ve had the pleasure of working with. If I had to pick a top few it would go: James Bradey (my first bar manager), Andy Gemmell (my second), Jamie MacDonald (fourth), the bar team at Death & Co when I was there (enlightening), and the Bristol bar circuit around about 2010-2011.

What makes a good bartender?
Humility, a sense of humour (which is often tested) and a team ethic. Take ego out of the equation and treat everyone in your bar with care and respect.

Which bartenders do you admire and why?
Tom Walker and Nelson Bernardes (aka the other two in the Three Most Promising), are definitely up there, at least with regards to this contest. There are some very exciting bartenders on the circuit at the moment, doing some very exciting and game-changing things, taking brands and spirits to different levels. Five names in no order of preference; Richard Tring, Gareth Evans, Alex Proudfoot, Matt Fairhurst and Geoff Robinson.

What’s your proudest moment as a bartender?
Making the Three Most Promising at Bacardi Legacy is top of the podium. What else is there? Probably a few things over the years, but Legacy is definitely top. Shaken or stirred?
Shaken in the morning, stirred in the evening.

To mix: I have no issues about making anything a customer requests.
To drink: something stirred, generally brown and bitter. Something like a Rob Roy with a meaty Scotch, or a wet Martini. Depends on when, where and who with.
On your menu: Favourite Frost of course, or a 20 Regal – a smoky old-fashioned number served in a cedar smoked jar. Epic.

What’s your definition of a bartender and mixologist and where do you fit in?
I’m not a fan of the term mixologist. I think bartending is part creation of drinks, both new and original and from a canon of classic recipes, but there are so many other aspects to it. Anyone can think up a drink, but not everyone can tend and hold down a busy bar or a busy venue. I’d like to think I can do both pretty well, but it’s not for me to say.

What’s your favourite cocktail ingredient?
Citric acid. I’m a sucker for sherbets and things like that. And Somerset Cider Brandy.

Where do you drink off-duty and why?
Somewhere anonymous where I can drink a pint and do the crossword. NOLA or Loveshake for post-work revelry. Also Mark’s Bar at Hix, Happiness Forgets, Montgomery Place – old classics done so very well.

What’s your essential piece of kit?
I like a nice spoon. That’s about it.

What’s your failsafe cocktail recipe to mix at home?
Part of the beauty of bars and bartenders is the theatre of someone mixing your drink for you – the care and attention that goes in to it. So for home drinkers it would be Martinis and Daiquiris, even Manhattans and Old Fashioneds etc. Simple and easy to prepare. No messing about.

If you could mix a cocktail for anyone alive or dead, who would it be, what would it be and why?
Any of our friends who are no longer with us.  Celebrity wise: Peter O Toole or Oliver Reed, naturally. 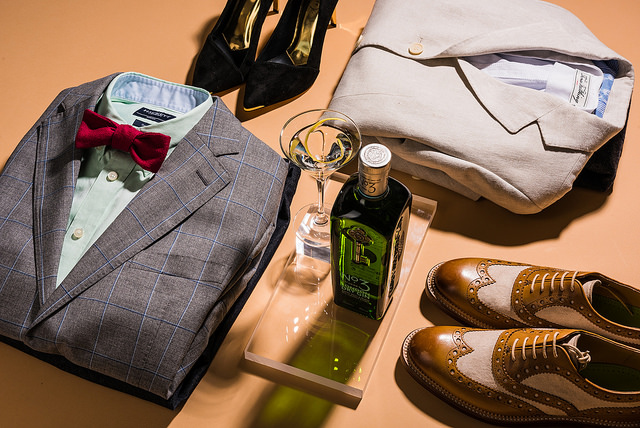 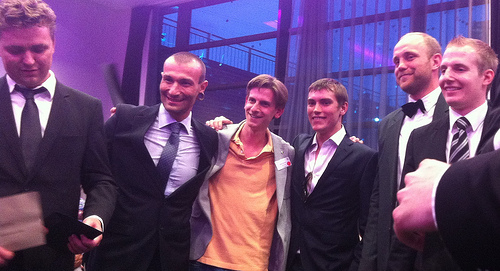 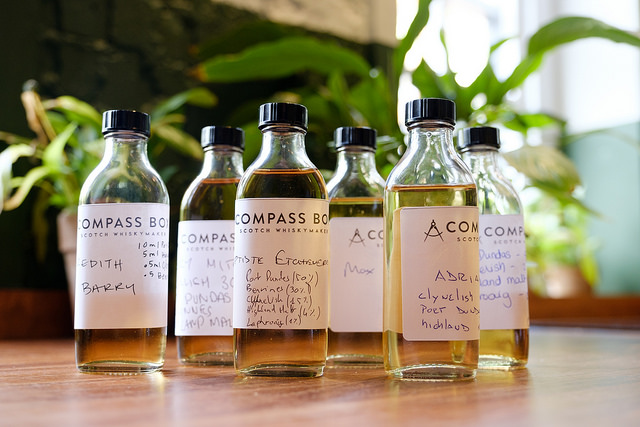