Looking at the quality events on the menu for London Cocktail Week, you’d be forgiven for thinking London has been at it for years. Not a bit of it. Simon Difford and the team at Class Magazine pulled out all the stops putting together a programme of fantastically good drinking events that did the capital proud.

It started with an intimate Press Breakfast at Hix at Selfridges. In between quality bacon butties, smoked salmon, scrambled eggs and champers we heard why Difford decided to stage LCW. “I was fed up with always having to travel to the States for all the big cocktail events such as Tales and San Francisco Cocktail Week,” he told us, “so I decided to do something here.” Criteria number one: he was adamant that it reflected the diversity of our bars – from the opulence of Mayfair to hip and happening Shoreditch. Number two: it had to be accessible. “Barmen in the States are paid a lot more than the average barman in London, so it was important to me that London Cocktail Week incorporated as many free events as possible.”

True to his word, the packed programme included all manner of fab events such as a Drinks Jamboree at Shoreditch Town Hall; Martini Masterclasses at award-winning distillery Sipsmith; Chivas and Chocolate tasting at No 5; Edwardian cocktails at Callooh Callay, daily Cocktail Hours at Selfridges; various Meet The Maker Sessions all over town and a London Cocktail Quiz at Portobello Star. Some were invite only, a few were ticketed (average price £20) but most were absolutely free.

In all, there were 135 fun drinking activities on the official calendar, together with more than 50 bars offering special LCW cocktails for wristband wearers at £4 each. Oh, and did we mention the bus? In an attempt to make getting from one part of town to the other as easy as possible, the lovely people at Class laid on a fleet of old school Routemaster buses to ferry cocktail lovers about, absolutely free of charge. Hannah Sharman-Cox waved her magic wand and made it all happen, thanks Hannah, you’re an absolute star.

We would have loved to have covered at least a quarter of the shenanigans but it wasn’t to be. Apart from the launch breakfast and stonkingly good Bloody Mary’s in the World Class Bar at Selfridges, we made it for a Tanq Ten Tasting, also at Selfridges, Courvoisier Punches at Future Gallery on Monday. On Tuesday we were lucky enough to be invited to the 500th anniversary celebrations for Benedictine at Quintessentially Soho. We learned all about the 27 herbs and spices that go into this very agreeable French liqueur and heard how only three people know the original recipe (consequently, they’re never allowed to travel together, just in case.)

We tried a few cocktails including the Benediction (Bendictine, topped with champagne, dash of orange bitters) but our favourite was the Monk’s Sour (Benedictine, lemon, organic honey, orange bitters and egg white.) We were given a bottle each of Benedictine, so we’ll be shaking up a few of those over the coming weeks.

Normal folk would probably have called it a day at this stage but we decided to try a couple of bars on the bus route. Bloody typical, when we got to the bus stop, the driver was on a 45-minute break. Undeterred, we remained in Soho, popping in on the delightful Bourne & Hollingsworth, then on to Bam-Bou next door, enjoying fab cocktails at both.

Wednesday was an invite to Bodean’s to learn about Four Roses bourbon with Master Distiller Jim Rutledge. In between chowing down on enough meat to bring on the sweats, we heard about the ten unique recipes and sampled a few smooth, mellow varieties along the way.

Thursday was all about Absinthe and Molecular Mixology Masterclasses – both at the fabulous Purl. The wonderful Maya and Francis from DistillNation hosted the Absinthe evening along with Alan Moss who knows everything you could ever want to know about this resurgent spirit. But it wasn’t all academia, there were some beautiful cocktails being served up, too, most notably the silky smooth Butterfly Kiss. Next stop (admittedly only a few steps to another Purl alcove) was the Molecular Mixology Masterclass. Thomas and Tristan, two of the partners at Purl, were our hosts and they gave us an amazingly entertaining, enlightening, inspiring and generous 2 1/2 hours of cutting edge cocktail creativity. Liquid nitrogen, dry ice, pill bottles, a portable fish tank pump (no, honestly), home made sherbet and the coldest martini ever, were just a few of the mad delights of the evening.

Friday evening, first stop, Hospital Club to sample Ketel One cocktails but our V.I.P. wristbands didn’t quite cut it. Ne’er mind we thought, we’ll hop on the bus and head over to Notting Hill. Guess what? We missed it. Instead the only bus there was manned by our friend from Tuesday night and once again, he was on a 45-minute break. So it was Soho again. This time we took in Four Roses cocktails at Academy, delicious Bloom cocktails at Graphic Bar, then zig-zagged our way through to Mayfair to the new Berry Bar for a Beefeater 24 Lapang Martini.

Saturday was Rum Fest. More of a party than a show thanks in part to the RumFest girls, but more importantly due to tastings of, amongst many others, Banks, Brugal and Toz. Banks is an amazing idea in the shape of five rums from five islands blended to produce a startlingly original spirit that is begging to be experimented with. Brugal is an uncompromisingly tough rum that is all about flavour and power. And Toz could well be our new favourite – from the Chairman’s Reserve stable, it’s smooth, with hints of vanilla, some sweetness and a lovely creamy texture. We will be drinking it over ice but especially look forward to getting it into a Daiquiri.

It’s been a fun week, now it’s time for a detox… 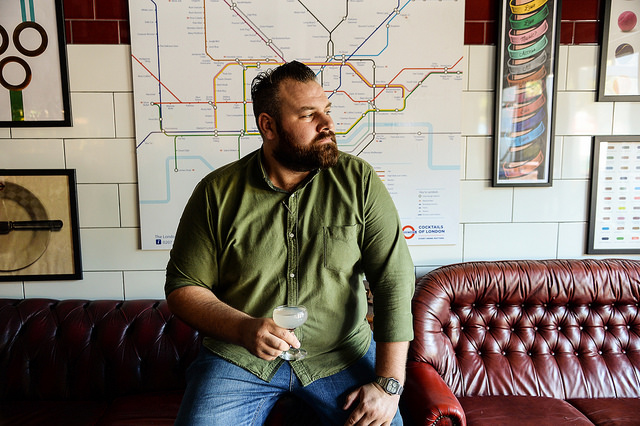 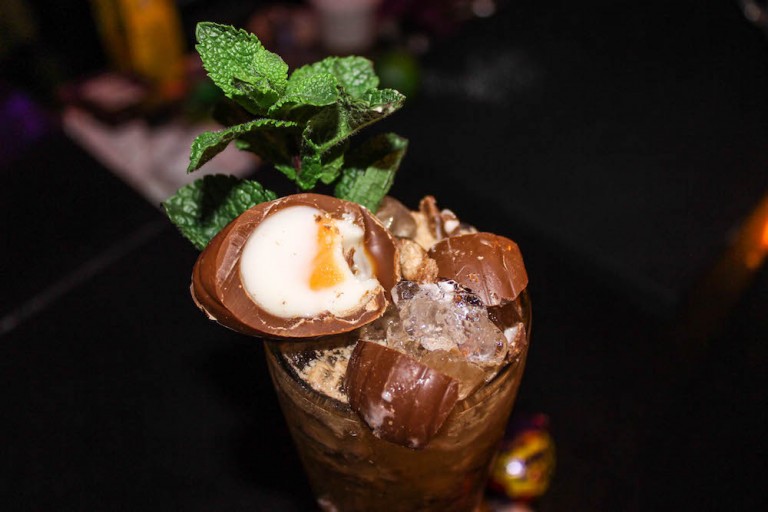 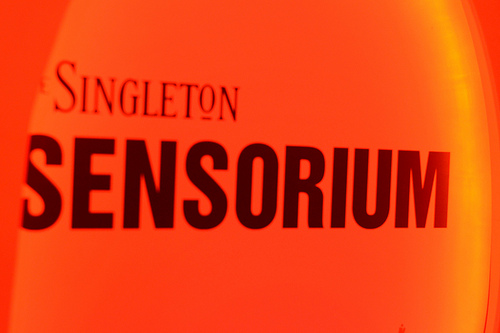