Who would call their bar The Clumsies? Vasillis Kyritsis and Nikos Bakoulis that’s who. Precision personified when it comes to anything to do with the creation of cocktails, the two former World Class Greece finalists are less than adroit in their everyday lives.

“My girlfriend finds it funny that both Nikos and I are always dropping or falling over things when we’re outside the bar but are so careful and controlled when we’re at work,” laughs Vasillis. “So when the opportunity came for us to open our own place, we decided to call it The Clumsies – it’s what she always calls us.”

The name is also their way of telling the world that despite the tastefully designed space, artisan coffee and superior cocktails the all-day bar doesn’t take itself too seriously. “Its designed to be a place where everyone feels welcome, somewhere where they feel relaxed and can enjoy at any time of day,” says Nikos. And judging from our visit, the people of Athens have wasted no time settling into the job expected of them. 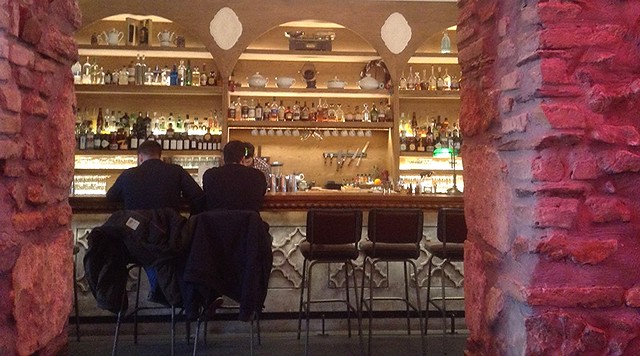 That’s largely down to the design of the place – it’s light, airy and chilled during the day and exudes more of a clubby yet intimate vibe in the evening. If we were betting people we’d lay a few pounds on it making an impression on the World’s 50 Best Bars list. Not this year perhaps, but definitely sometime soon.

1. It’s driven by a simple concept

Which is to elevate the drinking experience. That goes from the premium coffee served during the day, through to the cocktail and wine offering at night. Here non-alcoholic drinks are given as much consideration as their boozy counterparts and for those who want to take their imbibing to a higher level, there’s The Room upstairs which can be booked for groups of 10 to relax over a game of snooker and enjoy Nikos and Vasillis’ World Class ritual serves (see 3).

2. They’ve got a good team behind them.

Lefteris Georgopolous, Thanos Tsounakas and Giorgos Kaissaris are the business brains behind the operation and not only do these guys have the money, they’ve got a proven track record setting up and running successful bars. They’re in this for the long term. That means giving Vassillis and Nikos free rein on the concept and development of The Clumsies but lending their expertise with the business side of things, including the design and operations.

“We wanted to create an all-day place for locals but we also wanted it to be a serious bar that would appeal on a global level as well,” explains Lefteris. “It was easy for us to make a team with Nikos and Vasillis – they share our vision, for all of us, ‘global’ is the magic word.”

3. The building is super cool.

It’s also incredibly spacious. Dating back to 1919 and spread over two floors it’s cleverly divided into separate zones. The pink neon light that greets you from the street leads into the courtyard (covered but allowing the light to stream in during winter; open when the weather behaves).  Go up a few stairs and you’ll find the Reading Room a quiet place for meetings or just chilling out with friends. 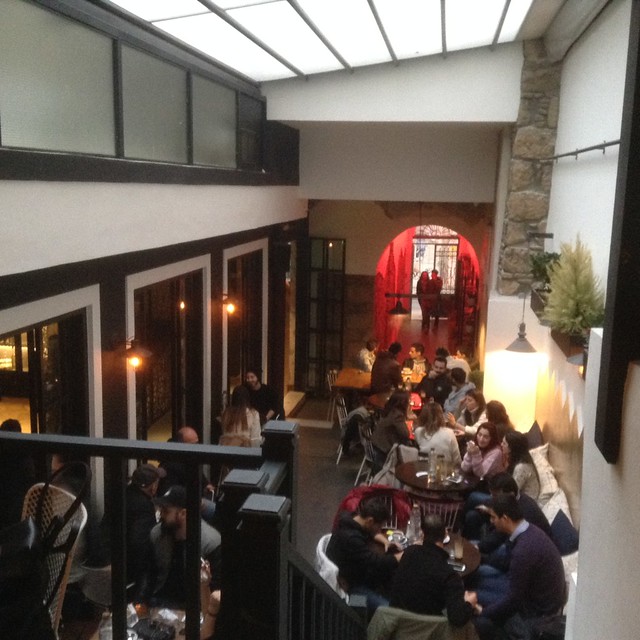 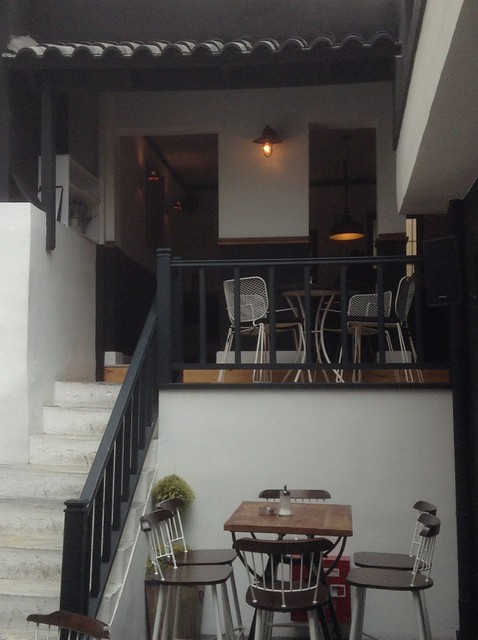 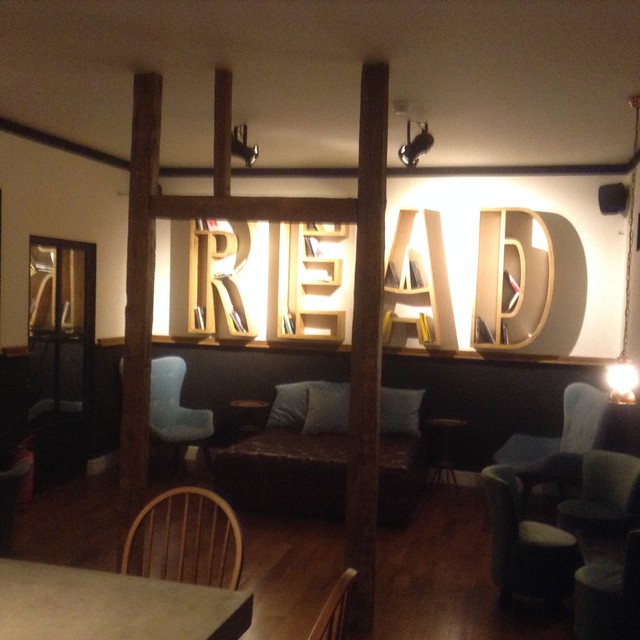 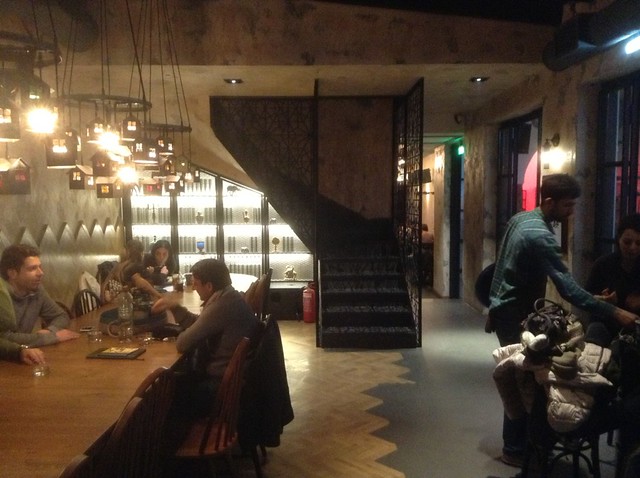 To the right of the courtyard is the bar – the heartbeat of the building; to the rear is the back room. The key feature here is the central table running down the middle – they refer to it as the flirting table which seems pretty apt.

For those who want to take it up a notch, there’s the room upstairs. Designed to look like a modern gentleman’s club (rich coloured velvets, snooker table, book shelves), it’s a space for serious or aspiring cocktail lovers to get some quality time with either Vasillis or Nikos as they show off their competition winning serves. 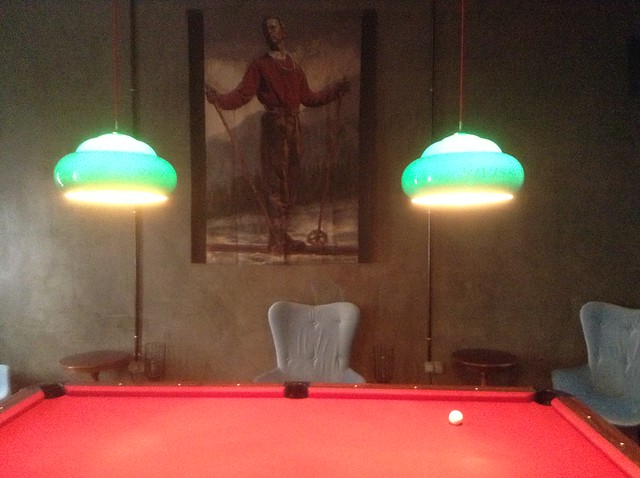 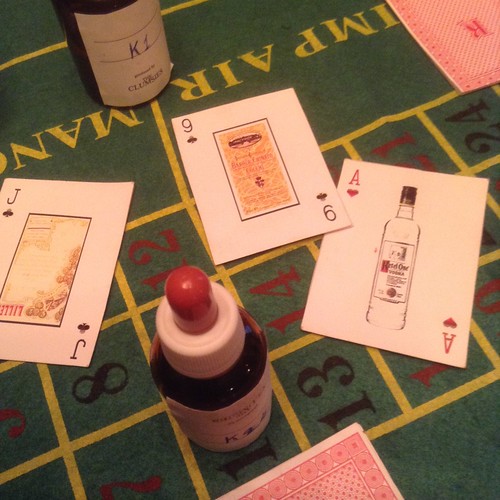 The lab, otherwise known as the playroom, is also upstairs. It’s reserved for bar staff to create new flavour combos, prepare batched drinks and where special guest bartenders such as Erik Lorincz will be invited to have a go behind the scenes.

3. The drinks are seriously good.

As mentioned above, every section of the menu has been carefully considered. The coffee selection is largely made of hand selected blends from Mind The Cup while the dozen or so wines are all Greek (never tried Greek wine? Do yourself a favour and get acquainted). All of the drinks have been given utmost attention but there’s no denying that the cocktails are the stars of the show.

There are five non-alcoholic varieties including a Negroni, G&T and Dark & Stormy, each with the complexity and balance of flavours sadly lacking in most booze-free cocktails. They’ve also included a few low-alcoholic options such as the Vermouth Sour (The Clumsies sweet vermouth, apricot brandy and lemon juice), and Grapefruit Spritz (Aperol and Three Cents grapefruit soda). 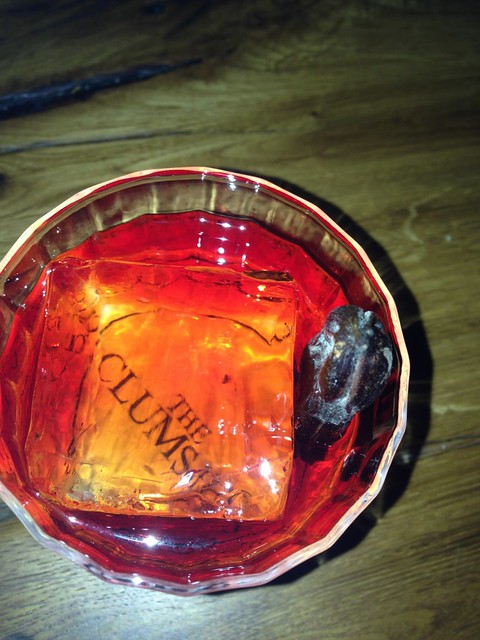 These all make an appearance on the general menu, along with a small list of cocktail flights, beers, boilermakers and spirits. The 14 original cocktails have their own list – either accessed on a sheet of card or via QR codes on the wall – take a picture on your phone, et voila, you’ve got the menu to ponder over at your leisure. And ponder you will.

It goes from sour through to umami (see 4), and even the most straightforward long drinks have an element of intrigue about them, such as the Highball Gimlet (Tanqueray No. TEN gin, grass cordial, Three Cents grapefruit soda and olive). We also like Tea Ceremony #2 (Johnnie Walker Gold Reserve whisky, dash of Talisker, matcha tea, Vinsanto wine and salted caramel), as well as The Magnetism, the drink which got Nikos through to the finals of the first burst of World Class Greece last year (Zacapa 23 rum, nutty carob water, Muscat liqueur and drops of coriander flavoured oil).

Like all good bars, there are classics on offer but here they are bottled and like the menu says, “are peacefully chilling in the fridge.”

4. Your nose will guide you to your perfect cocktail 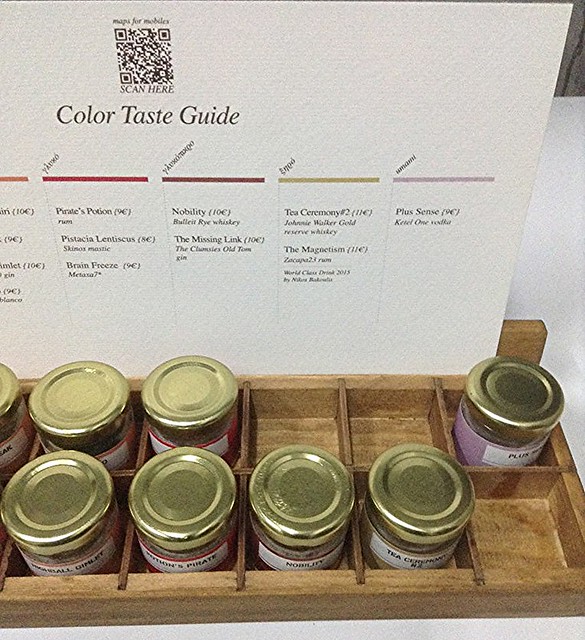 Not sure what the drink descriptions sound like? The Clumsies way is to let your nose do the job for you. Their Color Taste Guide allows customers to sniff out their favourite cocktail – arranged from sour, bitter sweet to umami.

5. They’re creating their own spirits

6. The food offering has been created by Michelin-starred chefs

For the opening menu Michelin-starred chef Nikos Karathanos from recently opened Cookoovaya restaurant has kept it purposefully simple with small plates like pasta salad with pink salmon and dill, grilled chicken fillet on a skewer served with raita and Greek bread and salad cabbage with carrot and ham to keep guests sated. It’s not challenging by any means but the portions work well to keep guests in their seats and ordering another drink. In the next few months Karathanos will be adding a few more dishes, including finger food for cocktail pairings, which gives us another reason to head back over very soon.

We suggest you to do the same. 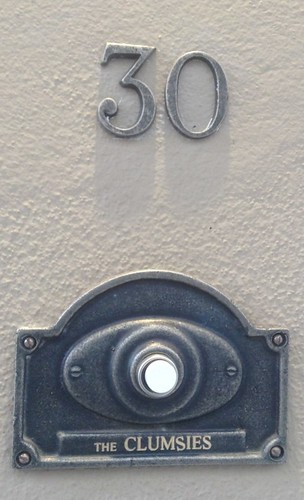 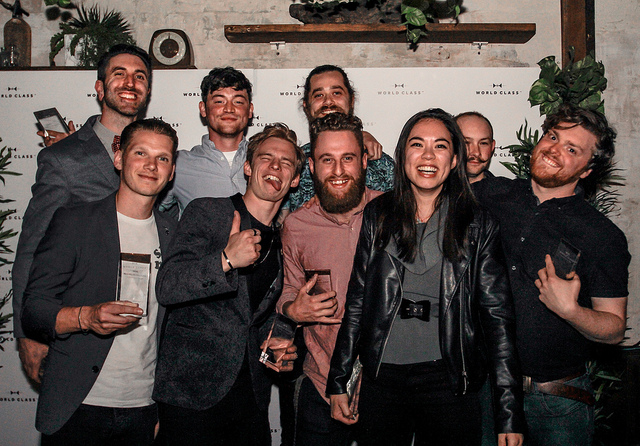 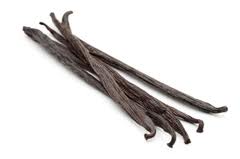 How to make boozy infusions